News Analysis
5 days ago
by Ross Rosenfeld
0
- Advertisement Above -

The former president with a mob mentality was just revealed to have taken a pic with a convicted mafia boss at Mar-a-Lago.

Except unlike the pics Trump usually takes – with the beaming faux-confidence smile, in this one (below) he looks like he just ate some bad sushi.

Trump has a long history with the mob, actually.

He’s dealt with many gangsters throughout his life and seems to admire them in a way – “Fat Tony” Salerno, “Big Paul” Castellano, “Salvie” Testa, “Red-Faced” Rudy Giuliani – some very notorious people. You might (with a nod to Marisa Tomei) call Trump a “dumbfella.”

In fairness, anyone who did construction in NYC and Atlantic City in the 1980s and 90s was likely to have to deal with some unscrupulous characters, and Trump was no different.

When he’s said he’s known some “tough characters,” he has. But unlike most people, who would rather not have to work with corrupt union bosses like John Cody (involved in Trump Tower) or Philly mob guys like Kenny Shapiro (involved in a contract worth millions that Trump arranged for an AC land lease), Trump seemed to take a shine to a lot of these underworld figures.

The one exception may be Robert Libutti, a Jersey gangster who, according to David Cay Johnston, threatened to castrate Trump for hitting on his thirty-year-old daughter. Trump wisely backed away; after all, he was married to Ivana at the time and we all know he would never have looked to cheat on her.

Well, now Dirty Donald may have gotten himself into some hot water by his association with another mob-aligned figure, though one who says he’s quit the life after being released from prison after another stint for gambling-related charges.

Joseph “Skinny Joey” Merlino, who, before his last stint in prison was a resident of Boca Raton, Florida where his now defunct restaurant Merlino’s was the watering hole for many an aging mob boss and mob boss cosplayer, took this pic with the former president and an unidentified man, obtained by the Philadelphia Inquirer, which ran with it.

Merlino completed his house arrest in South Florida after being released from a federal prison in Florida following his New York guilty plea on gambling charges back in 2019.

Now, is it just me, or does Trump look like he just shit his pants?

Mind you that Trump still has Secret Service protection, so how these two guys would have caught him unawares is hard to say.

Nonetheless, a spokesperson told the Inquirer, “President Trump takes countless photos with people. That does not mean he knows every single person he comes in contact with.”

There may be some legitimacy to that – Trump will, after all, pose with just about anyone: antisemites, white nationalists, this racist bird: 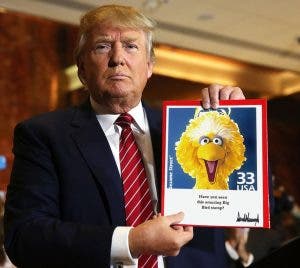 And maybe this guy looks familiar to you: 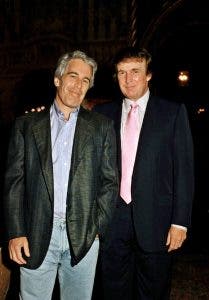 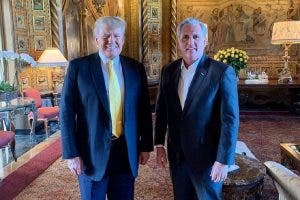 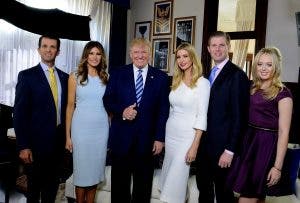 So we know Trump’s standards are low.

Hopefully, if there’s any justice in the world, he’ll soon be the most popular photo op at the Allenwood federal penitentiary.

Help make Dirty Donald mad by following Ross on Twitter. Click on @RossRoenfeld to join him there.