Things are about to get super awkward at Mar-a-Lago’s New Year’s brunch buffet.

The House Ways and Means Committee announced Tuesday that after voting to release Donald Trump’s tax returns, a redacted version (minus sensitive info, like his social security number) will be made public on Friday, just as everyone will be getting ready for the last big bash of 2022.

That sound you just heard from South Florida was a totally different kind of cork popping, Dear Reader. 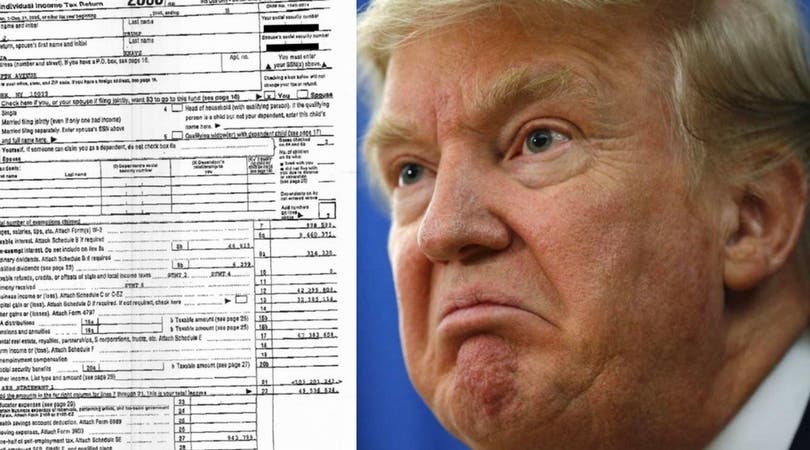 The Committee released its report last week after completing its investigation of Trump’s taxes, which concluded that the Internal Revenue Service (IRS) broke its own rules by not auditing Trump for three of the four years of his presidency.

However, some information from the tax returns was made publicly available via the report.

Aside from the IRS’s role in delaying a Trump tax audit even after House Democrats requested it, the public learned that Trump paid no taxes whatsoever in 2017 and 2020. OOPSIES!

As Reuters points out, one good thing to come from the returns, even before everyone gets to see them in full, is that the House has already acted to make sure no other presidential candidate gets away with hiding their returns from the public, writing new legislation mandating IRS audits of all Presidents.

Meanwhile, Trumpworld has been oddly silent on the impending release of more documents that will impact Trump’s standing in the public eye.

He’s already been losing support from his former allies, his campaign seems to be something of an honorary placeholder, and he’s essentially sitting around alone and restless with no one to play with.

I can’t imagine anyone wants to be around to clean up the ketchup on the walls when Guy Maralardo ruins everyone’s midnight countdown, but it’ll be a rockin’ New Year’s Eve for the rest of us who enjoy staying in with a good read and a tasty plate of snacks made from pure MAGA schadenfreude (with extra bonus flavor from the January 6th Committee’s released transcripts and full report).

Let’s see how Twitter was celebrating these belated tidings of comfort and joy from the Ways and Means Committee.

We deserve to know if our president:

That’s why every single president since Nixon released their tax returns to earn the confidence of the American people.

Trump responds to his taxes being released to the public: “I don’t know them. I’ve never met my taxes. I may have posed for a picture with them, but that’s it.” pic.twitter.com/rL0sT93hKB

BREAKING: the House Ways and Means committee will release six years of Trump’s tax returns in their entirety on Friday according to CNN. Accountability matters and we deserve to see them. What a great gift for us and democracy before the end of the year.

Every candidate for federal office should have their tax returns automatically released. Then we wouldn’t have had to spend so long chasing down Donald Trump’s.

I don’t want to hear Jack Shit from the Trump’s crying about us sending tax money to help Ukraine…..THE TRUMP’S DON’T PAY TAXES!

FRAUD: How George Santos used his "Jew-ish"-ness to get support from pro-Israel groups