You love to see it. Racist right-wing conspiracy theorists Jacob Wohl and Jack Burkman pleaded guilty last month in Cleveland to single felony counts of telecommunications fraud for having placed thousands of false robocalls in Ohio that told people they could be arrested or be forced to receive vaccinations based on information they submitted in votes by mail.

Like the wise philosopher Taylor Swift sings on her excellent new album, “Karma is a bounty hunter/Karma’s gonna track you down/Step by step from town to town.”

And she finally caught up to Wohl and Burkman, who also used their social media accounts to harass and dox liberal voters during Donald Trump’s 2016 campaign. 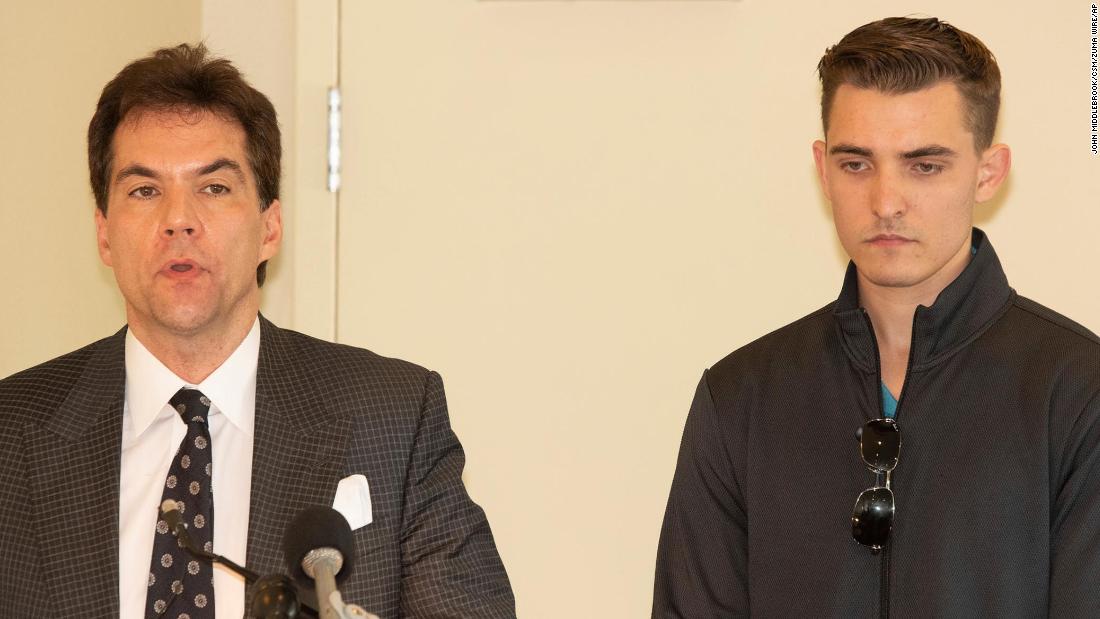 The two dipshits were accused of arranging for a voice broadcast service to make about 85,000 robocalls to predominantly Black neighborhoods in Ohio, Michigan, New York, Pennsylvania, and Illinois during the runup to the 2020 general election.

Prosecutors said the pair were responsible for 3,500 calls to residents of Cleveland and East Cleveland alone.

The calls fraudulently warned people that information included in their mailed ballots could be used by law enforcement agencies to “enforce arrest warrants, collect outstanding debts, and lead to tracking by the U.S. Centers for Disease Control and Prevention for mandatory vaccines.”

These MAGA Jerky Boys just never grew out of their prank-calling stage, and now they have to literally undo the damage they did by spending 500 hours registering new voters.

Wohl and Burkman were also given two years of probation, each fined $2,500, and were ordered to wear GPS ankle monitors with home confinement beginning at 8 p.m. each day for the first six months of their probation. Which is an hour later than their moms used to make them come home, so that’s something for them to cling to while thinking about what they did.

Wohl and Burkman have a long history of staging hoaxes and spreading lies against Democrats and public officials.

The Associated Press reported in May 2019 that a 21-year-old college student from Michigan said the pair recruited him to falsely claim he was raped by then-Democratic presidential candidate Pete Buttigieg, then published the smear without the student’s permission.

Wohl denied the accusation, saying the student had reached out to him. Burkman said on Twitter that he believed the student’s initial account of the alleged assault was “accurate and true.”

Both Trumpers also appealed criminal charges filed against them in Detroit stemming from a similar bogus robocall scheme targeting Black voters, because they still somehow think they should be allowed to get away with racist election tampering.

Twitter soaked in the schadenfreude and then served it up hot.

Jacob Wohl blocked me on Twitter for bringing up that he's the youngest person to ever be BANNED FOR LIFE from commodities trading.

Now, he and his partner Jack Burkman are officially both criminals.

They pled guilty to voter suppression charges in Ohio.

I was just in this hipster jury deliberation and heard people whispering to each other that Jacob Wohl is a wet paper sack full of greased, guilt-ridden fuck knobs. as I walked out I said "he pled guilty, there's no trial so why are we here" and everyone cheered and we all left pic.twitter.com/JqTp7HFpXA

A judge sentenced Jacob Wohl to community service in Black neighborhoods because of his voter fraud scheme. Why are Black people being punished by having him around?

Jacob Wohl is rightfully suffering the consequences of his actions.

But seeing his father scrub Jacob's name & image from his profile after a lifetime of ENCOURAGING his son's behavior, I can understand the damage that comes from being raised in a home of conspiracy-theories. pic.twitter.com/yh7A9QaaPl

REELED IN: MyPillow peddler Mike Lindell was just fined for another con

SWIFT JUSTICE: LiveNation & Ticketmaster get an earful at bipartisan hearing