There have been over 600 mass shootings in the United States of America in 2022, a statistic most will shrug off as just another part of our society thanks to the media starting off every mass shooting story with, “There’s been another mass shooting with assault weapons, but this time less than ten people died!”

The rest of the world watches in horror as certain Americans respond to the highest incidences of mass gun violence on the planet by demanding more guns in the hands of more Americans to “feel safer.”

Those people are always Republicans proudly showing off their NRA membership cards while finding every excuse in the world as to why a young white man (which the shooter almost always is, with very few exceptions) would take up arms to murder strangers. 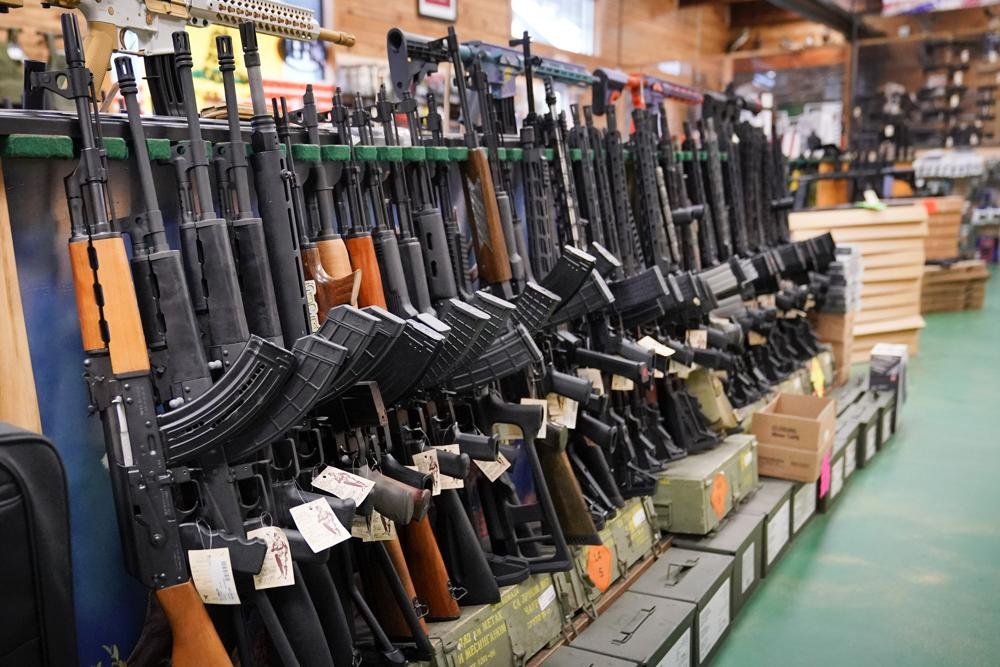 How did we get from “all life is precious” to “but muh guns” from the GOP hypocrites, quite often on the same day?

The Republican Party has made it very clear that they care far more about their own bank accounts than keeping kindergarteners alive long enough to reach adulthood, while also trying to control the country’s population with the intention of keeping us all sick, starving, stupid, and subjugated.

Oh, and they also want to take away your Social Security, who needs that?

Meanwhile, Democrats are out here trying to keep everyone alive and safe from assault weapons, which is seen as a bad thing somehow.

I keep asking MAGA people why they don’t want to maintain control over their own bodies or be able to enjoy a comfortable retirement, which they’ve been paying into their entire working lives, but their answers are always something really intelligent like “Shut up, libturd” with lots of spelling mistakes in the rest of the tweet.

President Joe Biden and the rest of the Democrats — who are good humans not owned by Putin and the NRA — want us all to live happy and healthy lives where children get to grow up instead of getting slaughtered before they reach puberty.

Democrats just don’t take things away from people. Not even your stupid guns, Cletus.

Instead, Democrats want to make it really really hard for someone to get a gun, because Democrats don’t want people shooting other people for no reason. Weird, huh?

Our take is: if you’ve been carefully taught that the only way to feel truly safe is to keep an instrument of death in your home, that’s fine for you, but please don’t take it with you to the grocery store.

After the Club Q massacre, President Biden said in a statement:

“When will we decide we’ve had enough?…We need to enact an assault weapons ban to get weapons of war off America’s streets.”

After a Walmart manager killed seven co-workers and then himself in an employee breakroom just before they were meant to work an overnight shift right before Thanksgiving, the President told reporters that he was going to “try everything” he could to ban assault weapons.

Yes, even during the Lame Duck, because Americans keep dying for no reason at all.

It’s the guns, but it’s not just the guns.

It’s the culture created around them by small-minded men with fragile egos who have been told they aren’t masculine if they’re not taking life.

President Biden signed legislation in June which will, among other things, help states put in place “red flag” laws that make it easier for authorities to take weapons from people judged to be dangerous. However, Colorado’s Red Flag law failed in the case of the ClubQ shooter, who had a history of violent behavior and a criminal record.

We have urged the @POTUS to call @SenSchumer to urge him to schedule a vote on the House-passed legislation to ban assault weapons before the NRA Republicans take over the House in January. pic.twitter.com/ihpwQ239EB #TheTimeIsNow #BanWeaponsOfWar

DISRESPECT: Why did George Santos reject a White House invite?