Since 2019, the federal judge has released materials relevant to the defamation case on a rolling basis. The first set of materials was released just two days before Epstein took his own life.

“Giuffre was allegedly recruited to become Epstein’s sex slave in 1999, and has be at the center of much of the Epstein scandal since it first came to light, most notable for her claims against Prince Andrew, who has denied all wrongdoing,” The Daily Mail wrote.

Preska rejected objections to her release of the sensitive information by Tom Pritzker, the billionaire executive chairman of Hyatt Hotels who was named along with seven others, saying “the public interest outweighs the right to privacy.”

Pritzker had cited irreparable harm to his reputation and a violation of his privacy if the materials were made public.

In October 2020, the 2nd U.S. Circuit Court of Appeals ordered Maxwell’s 2016 deposition in Giuffre’s since-settled lawsuit against the madam that implicated Maxwell and her former boss Epstein of pimping her out to high profile and powerful men, including Queen Elizabeth’s wayward son, Prince Andrew.

A widely circulated picture of the British monarch and a young Giuffre surfaced, lending credibility to the victim’s story. 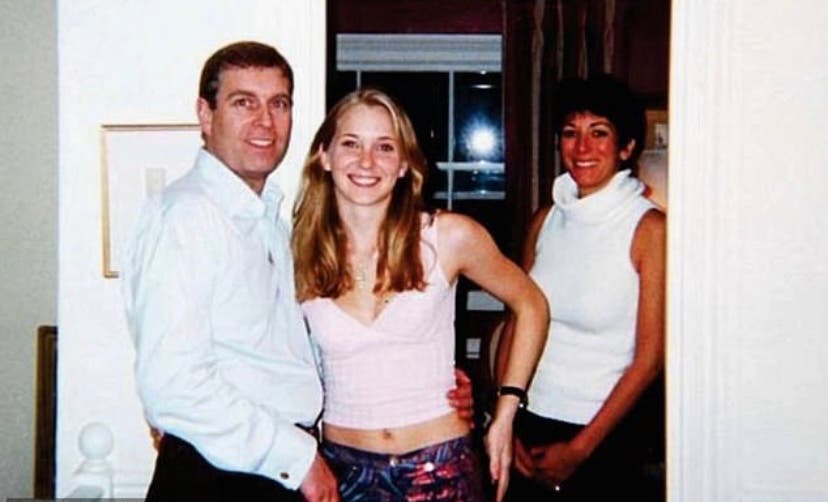 Maxwell was questioned in a 2016 closed-door deposition that alleged that the British heiress recruited and groomed girls as young as their early teens for the amusement of adult men – including her longtime friend and boss, Jeffrey Epstein.

Giuffre claims it was Maxwell who sent her to give massages and sexual favors to the billionaire’s friends, alleging that Maxwell approached her at Donald Trump’s Mar-a-Lago about giving massages and recruiting other young girls to do the same.

Maxwell reportedly groomed the underage girl on how to bring in other minors to give “massages” and is accused of herself engaging in sexual activity with the young Giuffre.

Pritzker — who is listed in Epstein’s infamous “little black book” of contacts — is one of eight people whose identities are revealed in the unsealed records.

The trafficking victim’s lawsuit against Maxwell was settled nearly five years ago, and, just a week ago, Giuffre settled her defamation claim against Harvard law professor and Trump loyalist, Alan Dershowitz.

Original reporting by Katie Briquelet at The Daily Beast.

TRASHY POLICE: What this Black woman did when she found a cop throwing garbage on her car

GROOMER GAETZ: Lawyer in child sex trafficking case says there should have been charges

OFF THE HOOK? How Matt Gaetz is avoiding prosecution for sex trafficking

CONFIRMATION: Rep. Matt Gaetz asked to be pardoned for his sex-trafficking crimes