It’s the end of an era that not enough people appreciated. House Speaker Nancy Pelosi is stepping aside now that the MAGA GOP has managed to eke out a razor-thin margin in the House of Representatives. 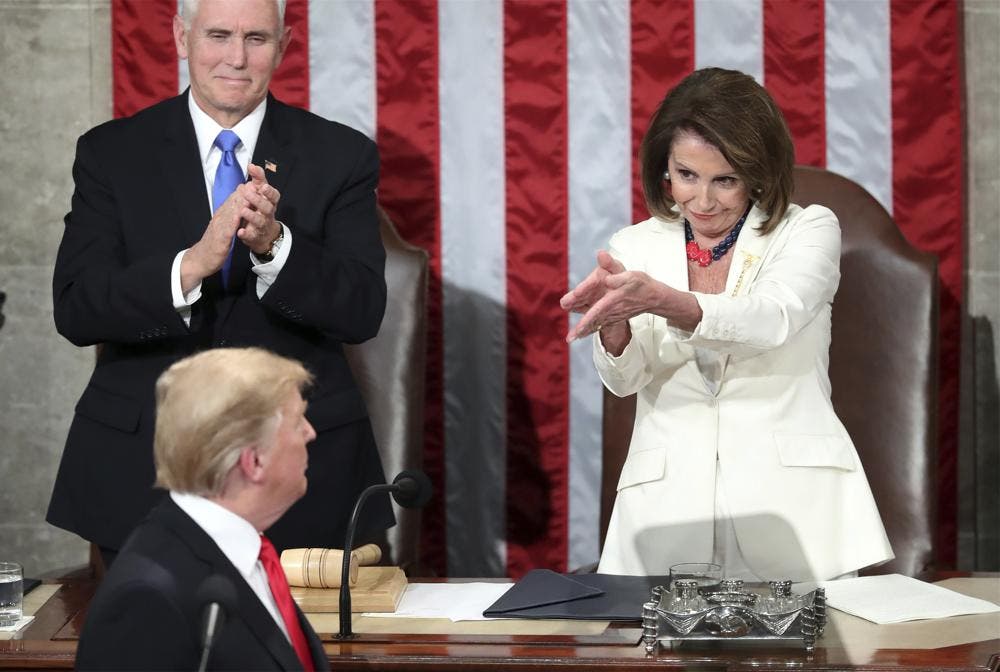 Shero Pelosi, the Democratic powerhouse who made history when she was voted to lead her party–twice, has led her party for nearly two decades, terrifying mediocre male Republicans while never backing down from the Democratic agenda. She will be passing her gavel to Rep. Hakeem Jeffries (D-NJ) to act as the party’s Minority (ouch) Leader.

Nancy Pelosi is 82 and could still emasculate Mitch McConnell and Kevin McCarthy at the same time without speaking a word.

While her husband, Paul Pelosi, is recovering from the brutal hammer attack he suffered during a home invasion last month, Speaker Pelosi is stepping down from her leadership role but announced she’s going to remain in Congress, HOORAY!

There will never be another Speaker of the House that's more effective, more successful at wrangling votes, and more feared by Republicans than Speaker Pelosi. pic.twitter.com/dgCP60uuXF

I had the privilege of interviewing Nancy Pelosi in 2018 on an old podcast I co-hosted. Twenty whole minutes talking with my Shero, whom I told would be Speaker again.

Before we got into the political weeds, I asked her a question I’d never heard anyone ask her. “You’re closing in on 80 and you have more energy and look better than people 1/3 your age. I have to ask you, what’s your top beauty secret?”

I thought she might say, “I slather Creme de la Mer all over me all day” or “I stick my face in ice water like Paul Newman,” but without missing a beat, she said, “DARK. CHOCOLATE. ICE. CREAM.”

Hot damn, but do I love Nancy Pelosi.

Nancy Pelosi loves America, loves her family, and loves her Democratic colleagues. Her speech to the House was inspiring and full of patriotic quotes from the Constitution she swore to uphold, and she did.

“With these elections, the people stood in the breach and repelled the assault on democracy … and in doing so, gave proof through the night that our flag was still there.” pic.twitter.com/j5N3bkpIY9

Kevin McCarthy is a compromised rat bastard weasel traitor who will never fill her stilettos.

interesting to watch which members are giving standing ovations during Pelosi's speech and which aren't pic.twitter.com/TnT4P9qu7B

All hail our eternal Shero Nancy Pelosi! “I look forward to our nation’s future. An unfinished mission of the dreams of today becoming the reality of tomorrow.

We survived the Turd Reich thanks to @SpeakerPelosi and I will forever be grateful. #TeamPelosi pic.twitter.com/EtHZxkm49A