If there’s anything that unifies Americans regardless of political affiliation, it’s their shared hatred of Ted Cruz (R-TX).

The greatest mystery surrounding the Republican Texas senator is how he manages to remain in a position to influence laws that impact real people while he escapes to Cancun with his little wheelie bag at the first sign of a power cut. I always go back to that great Al Franken quote about Ted Cruz. 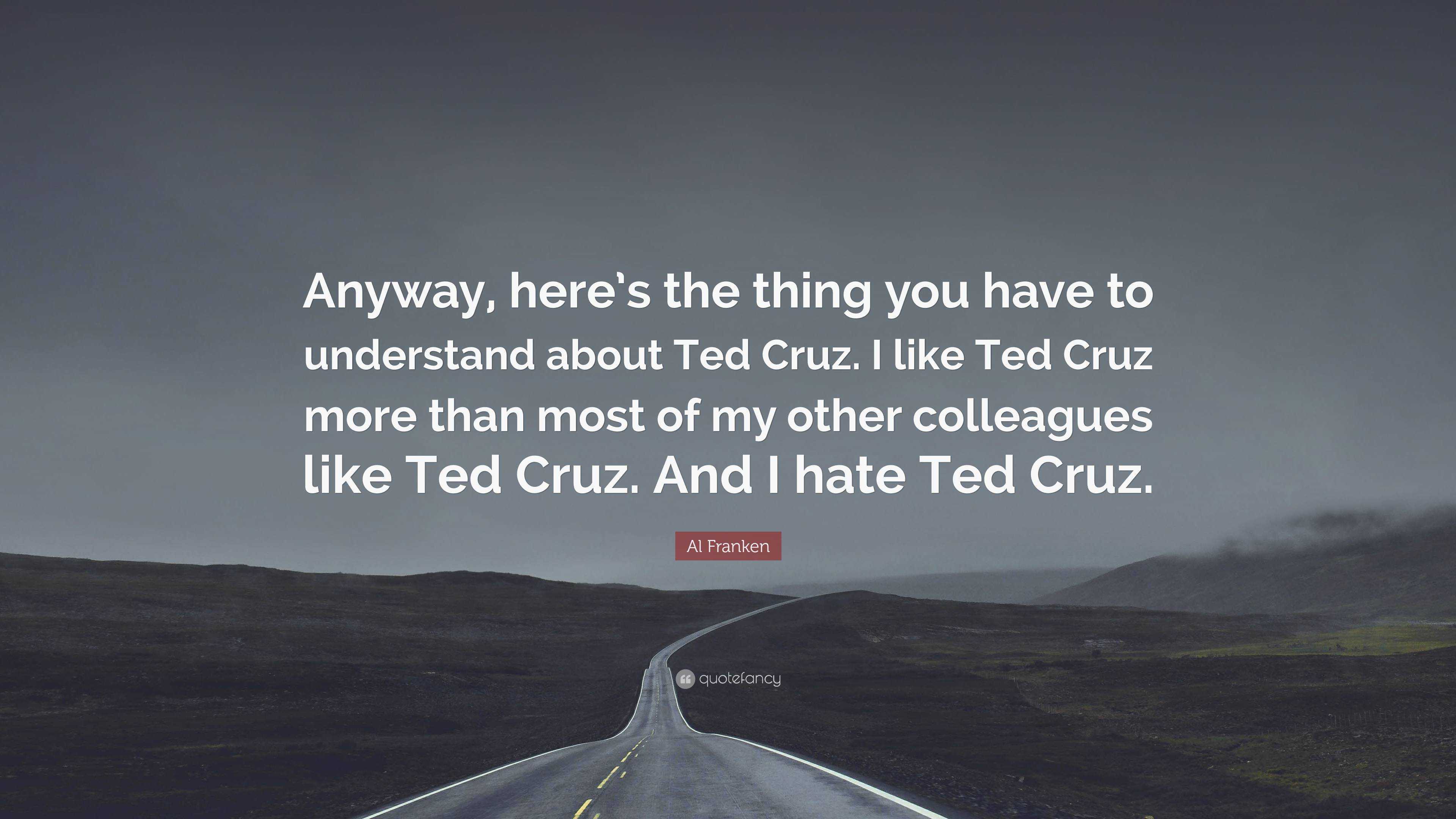 Constantly thirsty for approval he’s never going to get, Ted Cruz has officially installed himself as Donald Trump’s eternal toilet AND bidet while always oozing enough smarm to keep his amphibious skin protected in a coat of insincere ectoplasm.

Cruz likes to pretend he doesn’t know everyone hates him, but I promise you he knows. That’s why he’s so extra terrible. At some point in his life, he realized everyone found him unlikeable and just leaned into it as a career choice.

You’d expect New Yorkers to scorch Cruz when he stepped onto their turf, and they didn’t disappoint when they learned Cruz oozed amongst them.

Fun fact: Yankee Stadium is where this Jersey Girl learned about four different ways to say the F word just with hand signals, so I’m sure plenty of kids learned a whole lot of new words thanks to Cruz. Who says Republicans don’t care about public education?

Texas Sen Ted Cruz was booed by nearby members of the crowd at Yankee Stadium on October 23, where the Yankees were facing the Houston Astros in Game 4 of the American League Championship Series. pic.twitter.com/5oD5gmFpim

Deep in the heart of Texas, Cruz somehow keeps getting re-elected despite also being hated.

It’s music to my ears to hear locals  — losing their minds over the Astros winning the World Series — suddenly start booing loudly when they realize that the Cruz Ooze is ruining their Championship Parade.

A 33-year-old man was arrested for throwing a can of White Claw at Cruz. That was bad.

Even more satisfying: Ted Cruz tweeting his own mockery. That’s a chef’s kiss with a hint of BBQ sauce.

Almost as satisfying was the fact that he endured the jeers while wearing a shirt that was designed to match Donald Trump’s complexion.

lol they booed louder for you than they cheered for the Astros, Turd Cruz https://t.co/zzvYGFYUgU

I’m not at all happy with Elon Musk right now, but at least Twitter is still free to mock Ted Cruz. For now.

Ted Cruz getting booed loudly at the Astros parade 🤣 pic.twitter.com/angWdP61Fu

Lololol thank you tik tok (🎥: sarahephilips) for the footage of Ted Cruz being booed at the Astros Parade 🤗😂 the lords work getting done one event at a time pic.twitter.com/DNElG6KpEm

BITE OF THE APPLE: Elon Musk jousts with Apple CEO in clash of tech titans