News Analysis, Opinion
4 weeks ago
by Tara Dublin
0
- Advertisement Above -

Right about now, Sen. Lindsey Graham (R-SC via Trump’s lower intestinal tract) is (most likely) regretting allowing himself to become (allegedly) compromised on a golf course in 2017 now that he’s (definitely) in the deepest legal trouble of his life.

Despite emulating his Orange Overlord by asking the Supreme Court to intervene for him in a legal case, the Trump accomplice who made calls to Georgia Secretary of State Brad Raffensperger on Trump’s behalf is going to have to appear before the special grand jury in Fulton County.

Cmon, Lindsey, it’s SPECIAL! Because you’re a special snowflake, yes you are! 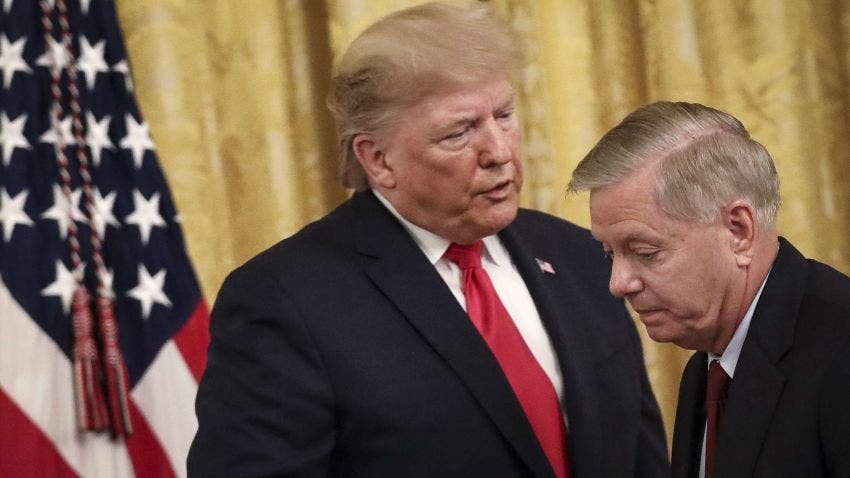 Trump: I own you, you know.
Leningrad Lindsey (swallowing back Sloe Gin Fizz Breakfast Smoothie reflux): I know.

Breaking: Supreme Court refuses to block Lindsey Graham's testimony in Georgia 2020 election investigation in a state where he attempted to have Black votes thrown out.

SCOTUS voted unanimously against Graham with no dissents, while John Roberts let Donald Trump delay the inevitable on his taxes.

Here’s a live shot of Lapdog Lindsey contemplating how soon he can get home to his drinking closet and fainting couch. 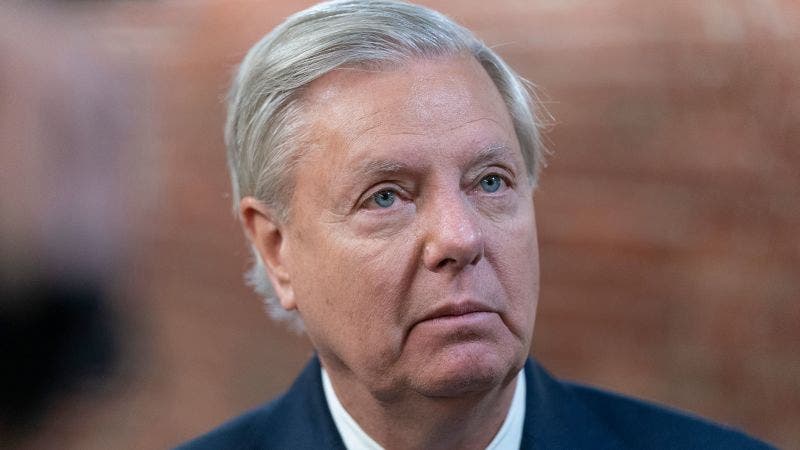 I will not descend to the transphobic nickname for Graham that Twitter denizens employ, because I couldn’t care any less why he’s a “confirmed Southern bachelor,” which is how Trump compromised him.

Using a person’s personal shame against them is just one of the many tools in Trump’s Swiss Army Knife of bullying tactics.

Meanwhile Trump's most loyal Poodle and alleged Senator #LeningradLindsey Graham loses his emergency appeal to SCOTUS and must testify under oath about Trump election-meddling crimes in Georgia https://t.co/IjBiY8aOfL pic.twitter.com/cNeAm8FEbN

BTW, #LeningradLindsey is my hashtag going back to 2016. Just saying. This isn’t that, I’m just telling you.

If you want to pay for what you’re afraid to ask a partner for, because you’re so closeted you can’t even find the right partner in the first place, that’s fine with me. But please don’t compromise our national security over your personal shame.

That’s why I call him “Leningrad Lindsey.” Look at those two soulless traitors. EW.

I have zero sympathy for someone who’s living in a world of misery that they created for themselves.

May I remind you, Graham himself warned us about Trump? Pretty gross to be a self-fulfilling prophecy with no soul.

Twitter was enjoying a nice Southern-style BBQ at Lindsey’s expense on Tuesday, bless his heart.

So the motion by Lindsey Graham that Thomas stayed briefly so whole court could consider. It's now been denied, though w/ a brief statement about how the dct and court of appeals orders let him raise Speech and Debate objections to individual Qs. Time to raise his right hand…

If your day isn’t going great, just know it’s likely not as bad as Lindsey Graham's.

BREAKING: THAT LITTLE WEASEL LINDSEY GRAHAM WILL HAVE TO TESTIFY IN FULTON COUNTY, GA!!!

Lindsey Graham is so relevant now, even the Supreme Court won't stop him from testifying to a criminal grand jury in Georgia about Trump's election fraud schemes.

We await your testimony, Senator Graham.

You know, “the truth, the whole truth, and nothing but the truth?”

Or did you forget how to tell the truth?