Walking, shuffling, traitorous gin blossom Steve Bannon continues to kill irony while flagrantly defying all American laws and societal norms with his blatant loyalty to Donald Trump over any loyalty to the United States.

Despite being sentenced to a whole four months for defying a Congressional subpoena, Bannon is continuing his targeted threat campaign against Dr. Anthony Fauci, who is a government employee who has served under presidents from both parties.

I’m not entirely sure what would happen to me if I dared call for the director of the NIH’s head “on a pike” like Bannon did OVER A YEAR AGO, but I bet I wouldn’t have had the chance to make another threat against him like Bannon has. Repeatedly. 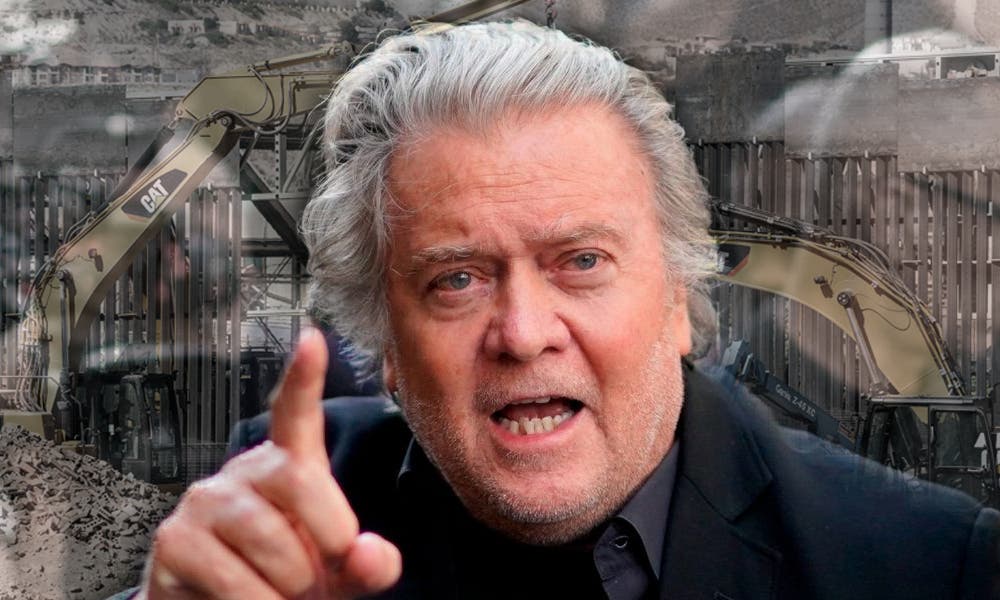 Yeah, that’s someone who should be lecturing others while having a direct line to Putin. It’s all fine.

As the dearly departed Michael Hutchence of INXS once sang, “Words are weapons, sharper than knives,” and Bannon’s words have hurt both Dr. Fauci and his family.

Imagine living under death threats because you literally are trying to prevent people’s deaths. (There is no such thing as a MAGAt who makes sense.)

Dr. Fauci is an amazing human who had a way calmer reaction than most people.

Nothing is going to stop Steve Bannon’s hate speech from being blasted all over the interwebs except a prison sentence.

If only an admission of premeditated violence was enough for him to be remanded to custody immediately, but he’s a white Republican man who lives by his own set of rules.

YAY, 2022, I’ll be over here eating my left fist while you watch him being terrible.

Bannon today: “On 8 Nov, when we destroy the Dem Party as a national political institution and end the regime, the hunted become the hunters. The whole Fauci family – welcome to the investigations. Paybacks across the board.” pic.twitter.com/gPUPZ7oE2y

Yep, I still think Steve Bannon should be locked up for threatening Dr. Fauci and his family. If only the DOJ agreed with me.

New: Steve Bannon said Dr. Anthony Fauci’s entire family is going to “suffer” and be "hunted" after the midterms on his War Room Podcast. Last year, Bannon said Fauci's head should be "placed on a pike" outside the White House. The 81 year old Dr. Fauci has hired security guards.