Congresswoman Liz Cheney (R-WY) wants the American public to see Donald Trump’s sworn live testimony before the January 6th House Select Committee, but not if the former reality TV show host tries to turn the proceedings into a “circus” and “food fight.”

The Committee is demanding Trump’s testimony under oath next month as well as records relevant to its investigation. To avoid a complicated and protracted legal battle, Trump reportedly had told associates he “might consider complying” with the subpoena if he could answer questions during live testimony.

Cheney, the panel’s vice-chair, knows all too well what Trump is capable of saying when he goes off-script and said on Sunday that the Committee is also prepared to take action if he does not comply with their subpoena. 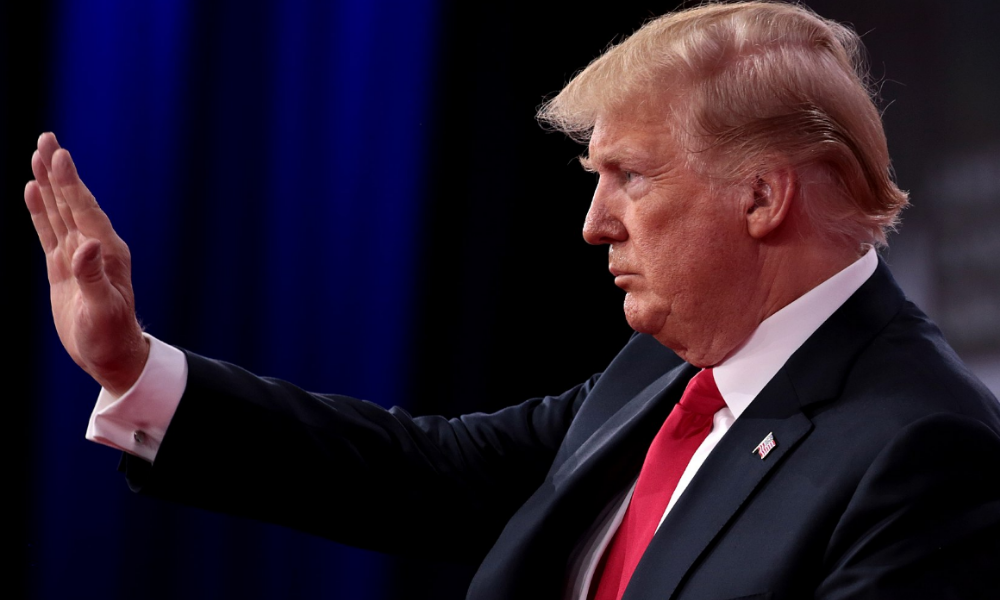 The Committee’s subpoena, which was issued on Friday, calls on Trump to hand over documents by November 4th and provide testimony “on or about” November 14th. Trump could comply or negotiate with the Committee, announce he will defy the subpoena, or ignore it altogether. He could go to court and try to stop it.

Liz Cheney, moments ago on MTP: "If Donald Trump is the Republican nominee in 2024, the party WILL shatter, and a new conservative party will emerge."

The subpoena also includes requests for any communications referring to extremist groups who were coming to Washington, pressure on state legislators to overturn the 2020 election vote, and messages about Vice President Mike Pence, whom Trump was bullying to object to President Joe Biden’s victory.

“He’s not going to turn this into a circus, this isn’t going to be the first debate against Biden and the circus and the food fight that became.” Liz Cheney said of Trump’s potential testimony before the 1/6 committee.

While it may legally benefit Trump to cooperate with the Committee, he may refuse to do so at a time when he’s facing other legal battles in various states, including the lawsuit against his family business in New York, the special grand jury investigating election fraud in Georgia, and the DOJ’s investigation into the stolen classified documents found at his Mar-a-Lago estate in Florida. Giving testimony to the January 6th Committee first might inform those other investigations as well.

“We are going to proceed in terms of the questioning of the former president under oath,” Cheney said Sunday morning. “It may take multiple days, and it will be done with a level of rigor and discipline, and seriousness that it deserves. We are not going to allow — he’s not going to turn this into a circus.”

WATCH: Rep. Cheney (R-Wyo.) responds to reporting that Sen. McConnell (R-Ky.) did not understand why she wouldn’t “just ignore [Trump] like I do.”@RepLizCheney: “I don’t think this is an issue about which you can make a political calculation. I think it matters too much.” pic.twitter.com/qZaCWvlWLi

Cheney made it clear that Trump had committed “multiple criminal offenses” and should be prosecuted. She cited his repeated efforts as outlined by the January 6th committee to undermine democracy by denying his election loss to Joe Biden and by spurring his supporters in the violent attack on the Capitol.

“We’ve been very clear about a number of different criminal offenses that are likely at issue here,” Cheney said. “If the Department of Justice determines that they have the evidence that we believe is there and they make a decision not to prosecute, I think that really calls into question whether or not we’re a nation of laws.”

Perhaps Steve Bannon will get some company in the contempt of Congress wing of a federal prison after all.

BACKPEDALING: J.D. Vance tries to take his foot out of his mouth