Season Five of The Handmaid’s Tale is in full swing on Hulu right now, but I haven’t quite been able to bring myself to pick up again after that killer (pun intended) cliffhanger in the fourth season finale. It’s not that the quality of the show has gone downhill, it’s just that reality has caught up to it in a few too many disturbing ways in the months that have elapsed between seasons.

When we last left June (fka Offred), all Americans still had all of their basic human rights. Now they don’t. We’ve also seen increased attacks on women and our bodily autonomy, and shamefully, many of those attacks have come from other women who have chosen to align with the men who have subjugated them rather than make a break for the Canadian border. What makes things a little too extra “life-imitating-art” is it seems that the extreme right has been lifting inspo from the show, something that a lot of us joke about on the socials but is actually scary af. The origin story contained in The Handmaid’s Tale (SPOILER ALERT) is the religious crazy people slaughtered all of Congress and then instilled their culty Biblical rules on everyone else (stop me if you’ve heard something similar before). Everyone in Gilead has a title, a specific role, and a monochrome uniform to identify them to the world. The Handmaids are in those striking red nun-type habits. The Commanders wear uniforms. And the Wives all wear dresses in various restrictive styles in a horrible green color, as in the photo of Serena Joy and Commander Waterford, above. Now, look at this very recent picture of Florida Governor Ron DeSantis and his wife, Casey. 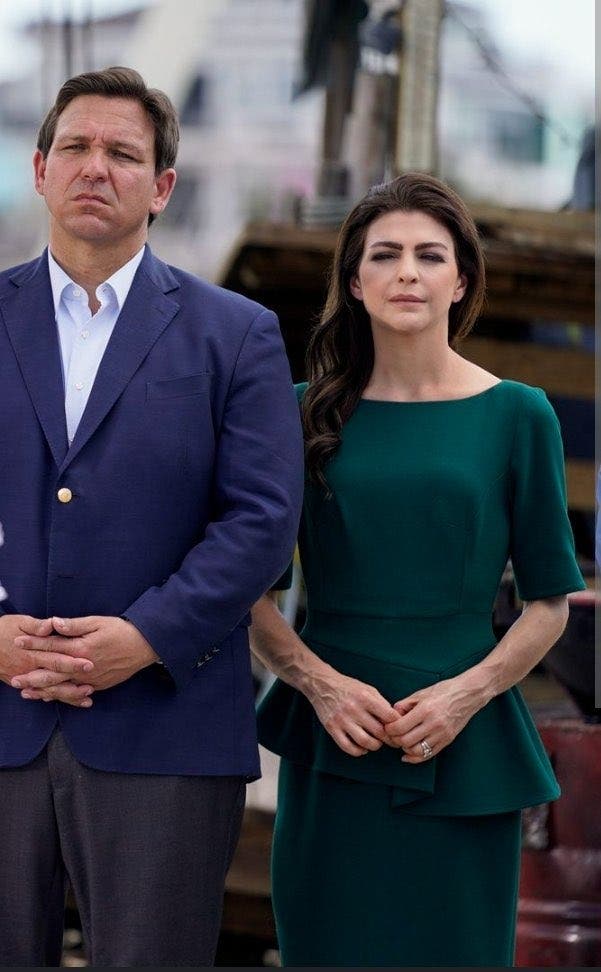 You see it right? Because if you don’t see it, pretty much all of Twitter did.

Is Casey messing with us? I mean, she’s the one who came up with the matching white go-go boots for the Hurrican Ian photo op, so maybe she wanted to try out her new daily garb? 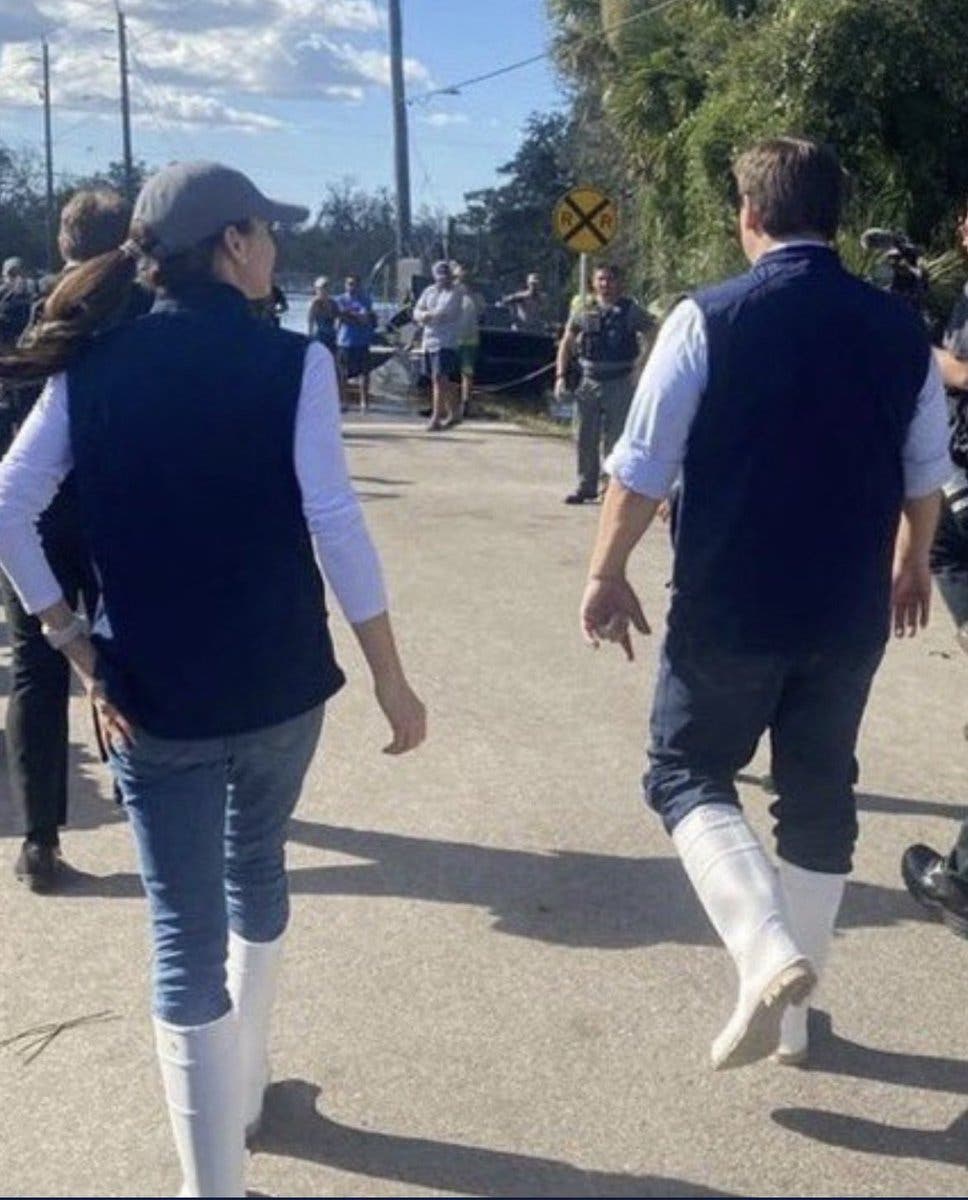 Casey DeSantis is thirsty for media coverage and attention, as evidenced by her willingness to partner with a cup company to capitalize on the lack of clean water after Hurricane Ian. But it’s clear she’s not trying to help Floridians because she also seems to believe it’s not her husband’s job to help the people who elected him. I don’t know what politicians’ wives think their husbands’ jobs are, but maybe get a better understanding of the basic minimum requirements of how a democracy is supposed to function before you’re given permission to speak in public, Casey.

New: FL First Lady Casey DeSantis said "Govt is not there to solve problems." Umm it’s literally what your job is. To solve problems. Let’s make this viral. pic.twitter.com/GZLRSEvBO7

Grifting while Governing is on brand for “DeathSantis” and his Missus, blessed be the fruit!

I have never seen a governor's office issue as many non-newsworthy press releases about their spouses as DeSantis does for wife Casey. Seems important as the property insurance crisis is about to end in a crash, bodies pile up on Pine Island & a teacher shortage worsens.

Keep an eye on Serena Joyless. Her arc isn’t nearly over and I’m more than a little concerned about what might happen if Commander DeSantis is the 2024 nominee. Casey seemingly wants an all-white country and she wants to oversee from our White House as First Lady Macbeth-lite.

Oh and PS, if you’re wondering who Aunt Lydia is in this version of pre-Gilead we’re living in, the answer is Susan Collins. And she’s very disappointed in you. 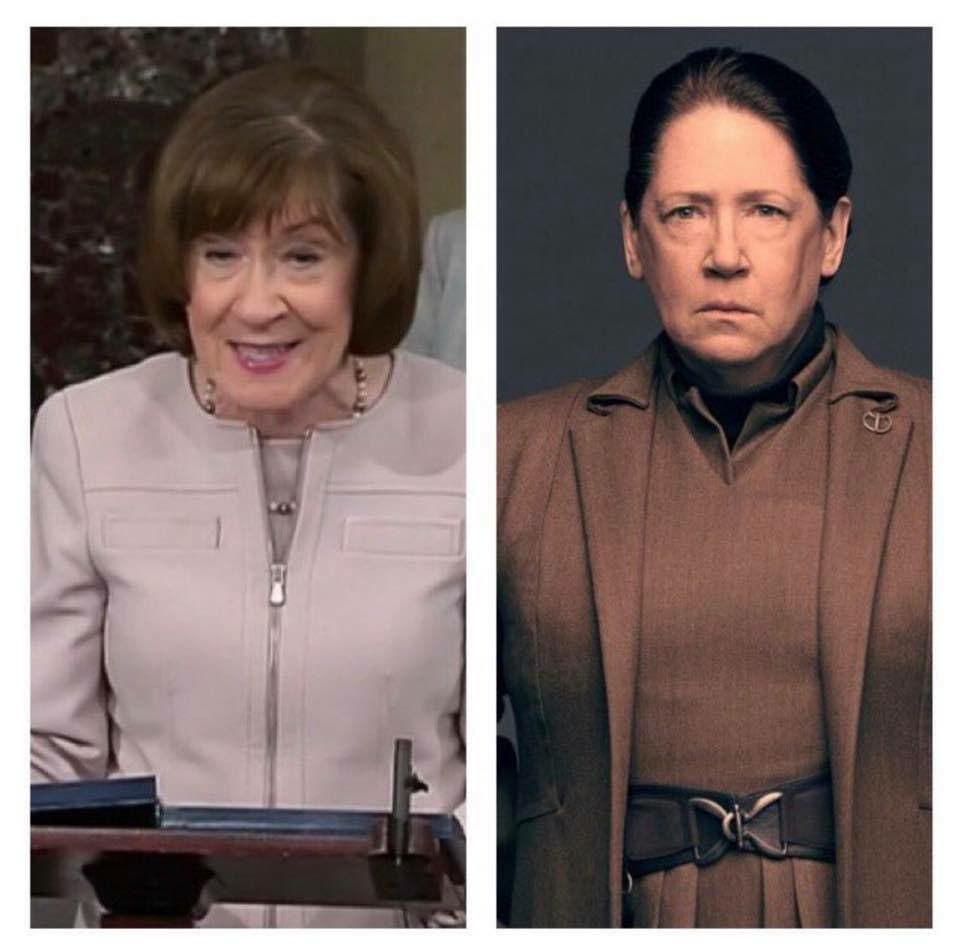 MISSTEPS: Here's what will lead to Trump's indictment, according to a former special counsel

IN DENIAL: Donald Trump rages as RNC refuses their support

NOT BACKING DOWN: Veep has strong warning for Florida Republicans

READ & WEEP: Teachers threatened with felonies for having books in classroom