Florida Governor Ron DeSantis may have broken the law when facilitating the possible illegal relocation of migrants from Texas to Massachusetts, according to evidence received by Popular.info. It’s been widely reported that the asylum seekers were misled – told they were being flown to Boston and would receive expedited work papers.

Although that rumor is something that the DeSantis administration has denied, according to the migrants, a woman soliciting the refugees — who identified herself only as “Perla” — told them that if they traveled to Boston, they could receive “expedited work papers,” according to NPR.

1. https://t.co/JhoV1QDaTS has obtained documentary evidence that migrants from Venezuela were provided with false info to induce them to board flights chartered by @RonDeSantisFL

The documents suggest that the flights violated criminal law.

Now it has been revealed that a brochure given to the Venezuelan migrants contradicts the Florida Republican’s claims of transparency.

Popular.info‘s Judd Legum wrote that Boston legal organization, Lawyers for Civil Rights – representing over two dozen of the migrants – provided Popular Information with a copy of the propaganda.

The brochure says that migrants who arrive in Massachusetts will be eligible for numerous benefits, including “8 months cash assistance,” “assistance with housing,” “food,” “clothing,” “transportation to job interviews,” “job training,” “job placement,” “registering children for school,” “assistance applying for Social Security cards,” and many other benefits.

The brochure, however, is for refugees referred by the United Nations and authorized to live in the U.S. – not to those still seeking asylum.

The migrants who boarded the planes “absolutely do not have access to cash, housing, and other resettlement benefits which are provided through both federal funds and partnerships with faith-based [organizations].” 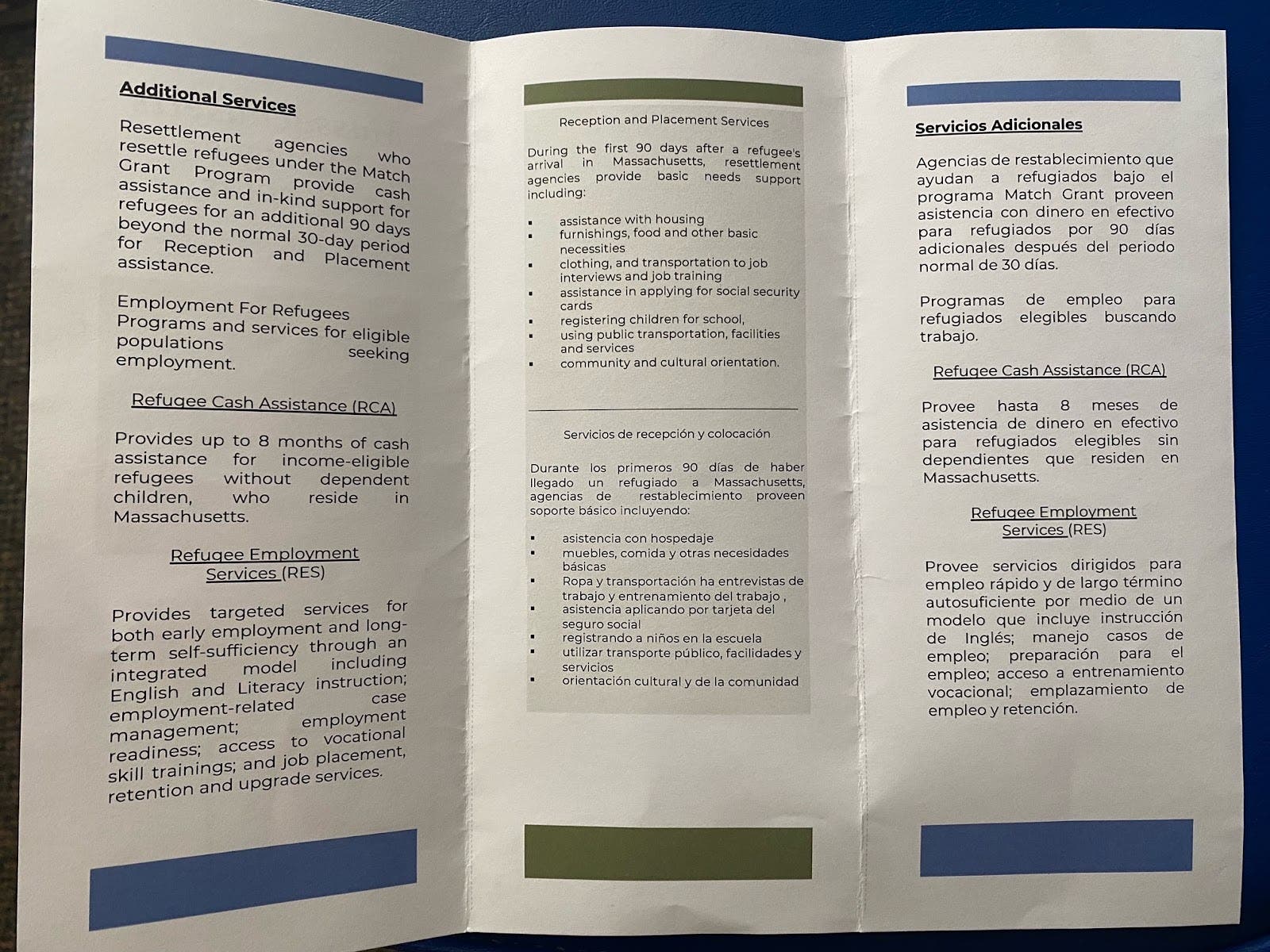 Claims by Florida Lt. Governor Jeanette Nuñez that relocation of the migrants was “voluntary” were revealed to be false. Statements from the migrants themselves contradict the Republican administration’s claims.

Several migrants said they were approached by a woman known only as “Perla,” who lured them onto the flight – with some saying they were paid $200 to help recruit others for the trip.

“One 27-year-old Venezuelan migrant even claims to have been paid money by a mysterious figure to find people outside the migrant resource center in San Antonio to board one of the flights,” according to The Daily Beast.

“The man calling himself simply Emmanuel told the San Antonio Report that a woman known to him only as ‘Perla’ said she wanted to get migrants to ‘sanctuary states’ where more government support would be available to them.”

“”Perla informed me that in those sanctuary states, the state has the benefits to help migrants,’ Emmanuel told the outlet, explaining that he gave Perla the contact information of around 10 other migrants. ‘I’ve just been the mediator because I like to help people,'” he said , The Daily Beast reported.

Charlie Crist, the Democratic nominee for Florida Governor, recently posted an invoice showing $615,000 was paid to charter company Vertol to transport the first planes of migrants. Divided by 50, that’s a whopping $12,300 per trafficked human – and yes, transporting human beings across state lines under false pretenses is trafficking.

DeSantis’ stunt appears to be backfiring on every level – human and legal. As more evidence unveils, hopefully it leads to accountability for the perpetrators, and restored dignity to those fleeing violence and oppression, simply looking for a better (and safer) life.

DEFECTORS: Republican voters jumping ship due to takeover of GOP by extremists

GLOVES OFF: Trump unleashes a FLURRY OF INSULTS against Ron DeSantis