The White House announced that President Joe Biden has once again tested positive for the COVID virus, just days after his previous mild bout with the virus ended, and Donald Trump just couldn’t help but comment.

Biden’s relapse is the type of typical rebound case of the coronavirus that sometimes takes place shortly after negative tests indicate that the virus has cleared someone’s system, but enough quantity of the virus remains to make a second surge.

While the news of Biden’s reinfection was received with sympathy and concern by many decent Americans, his presidential rival, the disgraced former occupant of the White House, Donald Trump, used the occasion to post childish, derogatory insults of the legitimate President disguised as a “get well soon” message on his Truth Social platform, as only a bitter narcissist like Trump could. 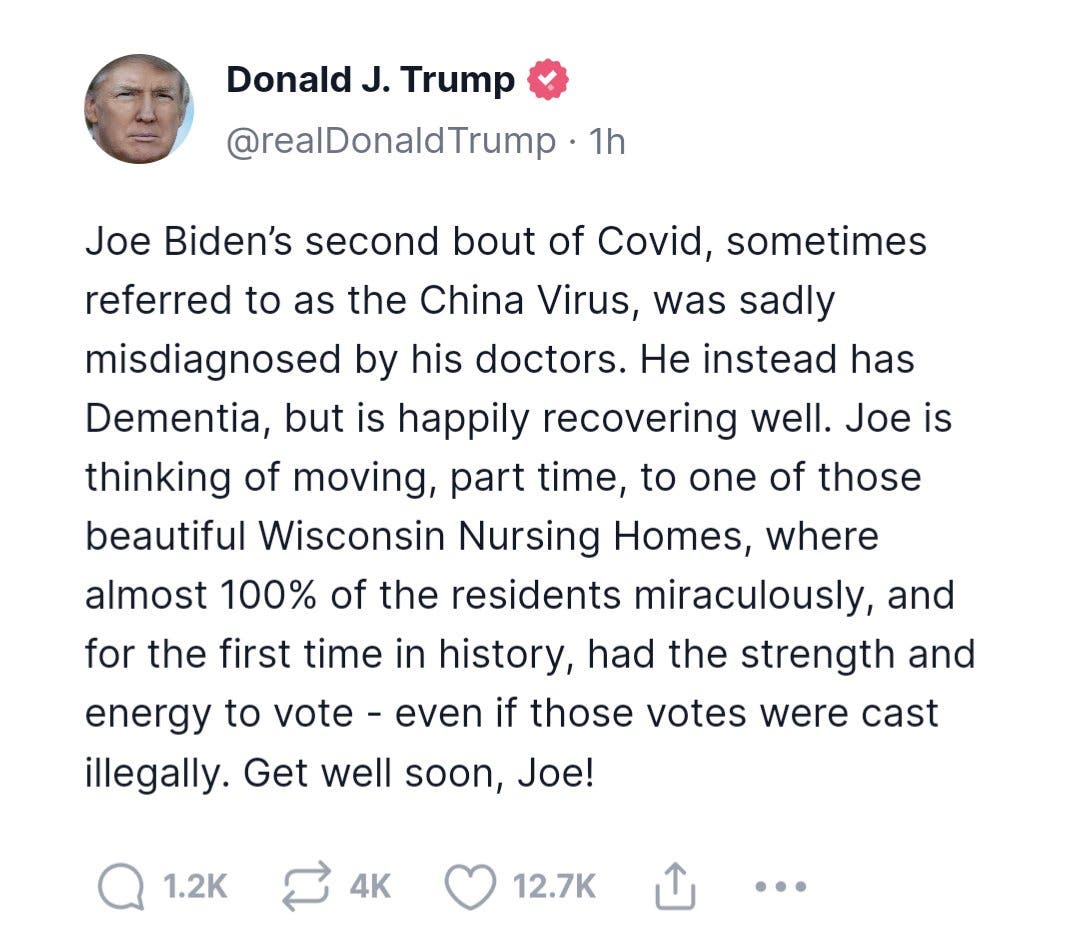 For a man who constantly critiques mainstream media for purveying “Fake News,” Trump apparently feels comfortable circulating outright lies about President Biden’s medical diagnosis. Joe Biden has not been diagnosed with dementia, although, given Donald Trump’s own family history with Alzheimer’s disease, one could understand the intellectually-challenged former president’s obsession with the possibility of mental decline in one’s advancing years.

Trump uses his phony “get well” missive to Biden to repeat further accusations of election fraud, despite the fact that his claims have been repudiated multiple times by courts and election investigators across the nation.

Trump’s exploitation of President Biden’s illness — which is reportedly is not causing Biden any observable symptoms at the moment — was not well received by those who read about the classless dig on social media.

His words speak truth to the fact he may be talking about hinself.

It is real, husband just checked on Truth social. 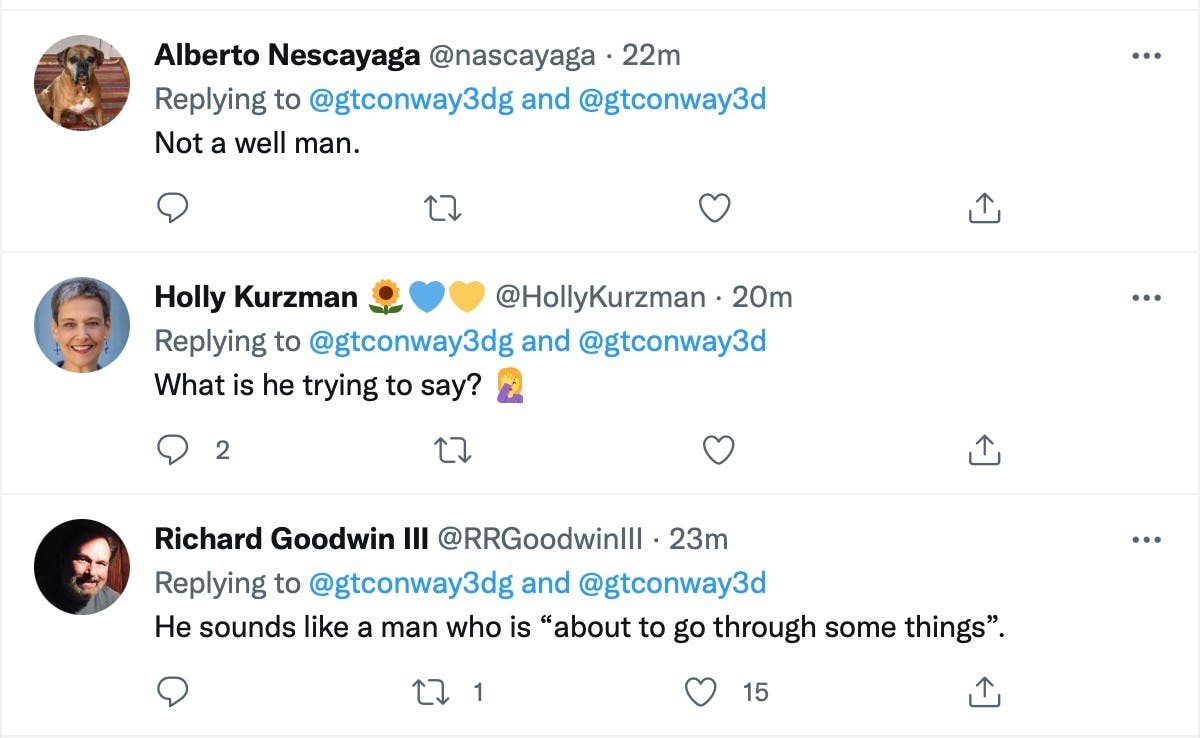 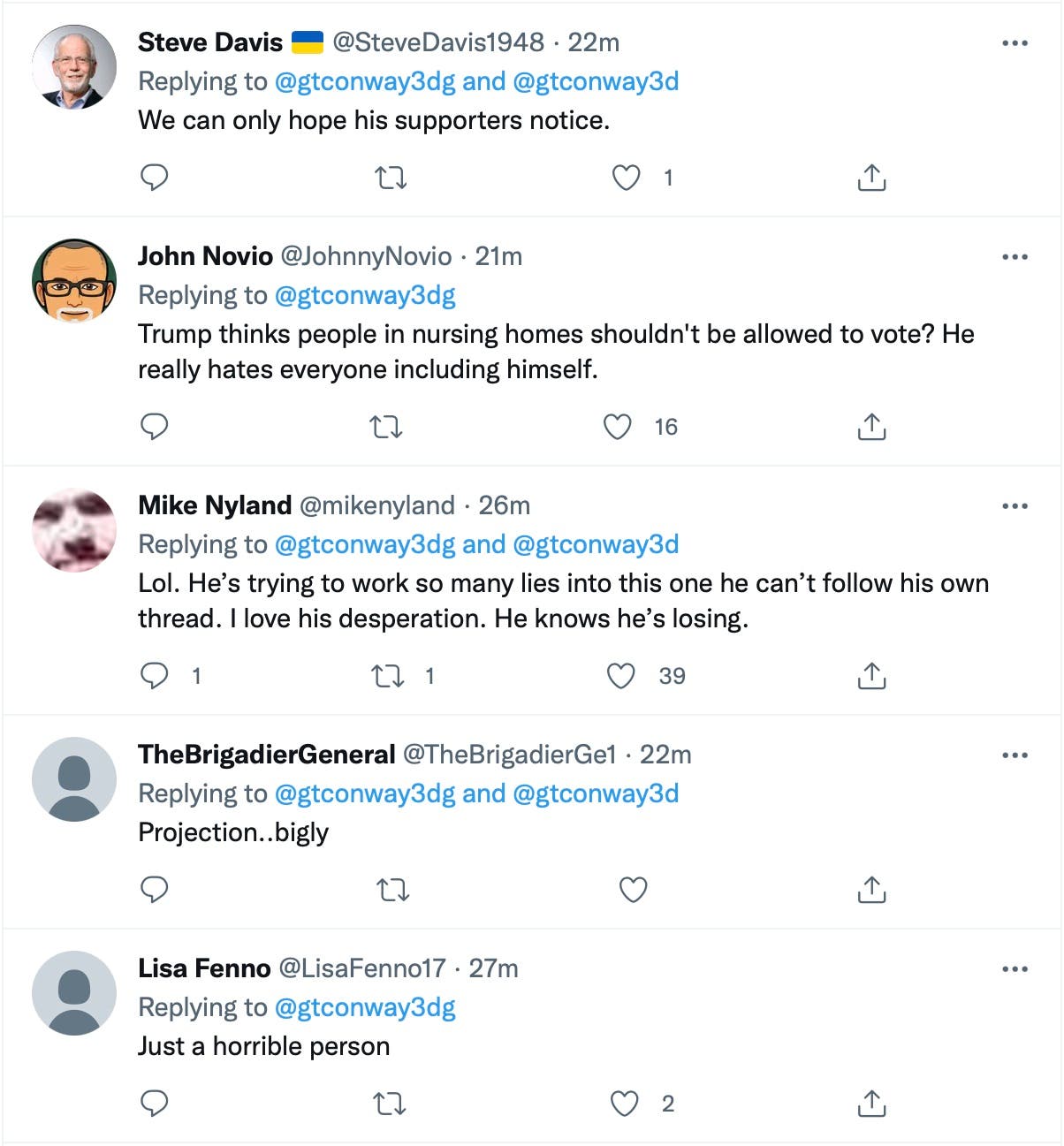 It was confirmed by someone in the comments here. That person checked Truth Social.

I am still in shock he inhabited the Oval for 4 years..truly..I can't believe that shit happened.

At least decent people see through Trump’s condemnable attempts at exploiting President Biden’s reinfection without wishing a relapse for Trump himself, whose bout with COVID was reportedly much more life-threatening than he ever let on at the time.

The rest of us can provide Biden with enough sincere wishes for a speedy recovery to counterbalance Trump’s insults after his own seedy recovery.

TRUMP'S NEXT VP? Marjorie Taylor Greene would be "honored"

SNITCH: FBI was told where to look at Mar-a-Lago by an inside informant