After the Capitol riot on January 6th, Wells Fargo vowed not to donate to Republican candidates who voted not to certify the 2020 election results.

Instead, they went back on their word — a promise originally put forth in statements sent to Wells Fargo employees by the company’s head of Government Relations and Public Policy, Brian Smith.

In an email obtained by Popular Information, Smith said that moving forward the country’s fourth-largest bank would “take into consideration the actions of elected officials who objected to the Electoral College vote during this critical period of our democracy.” 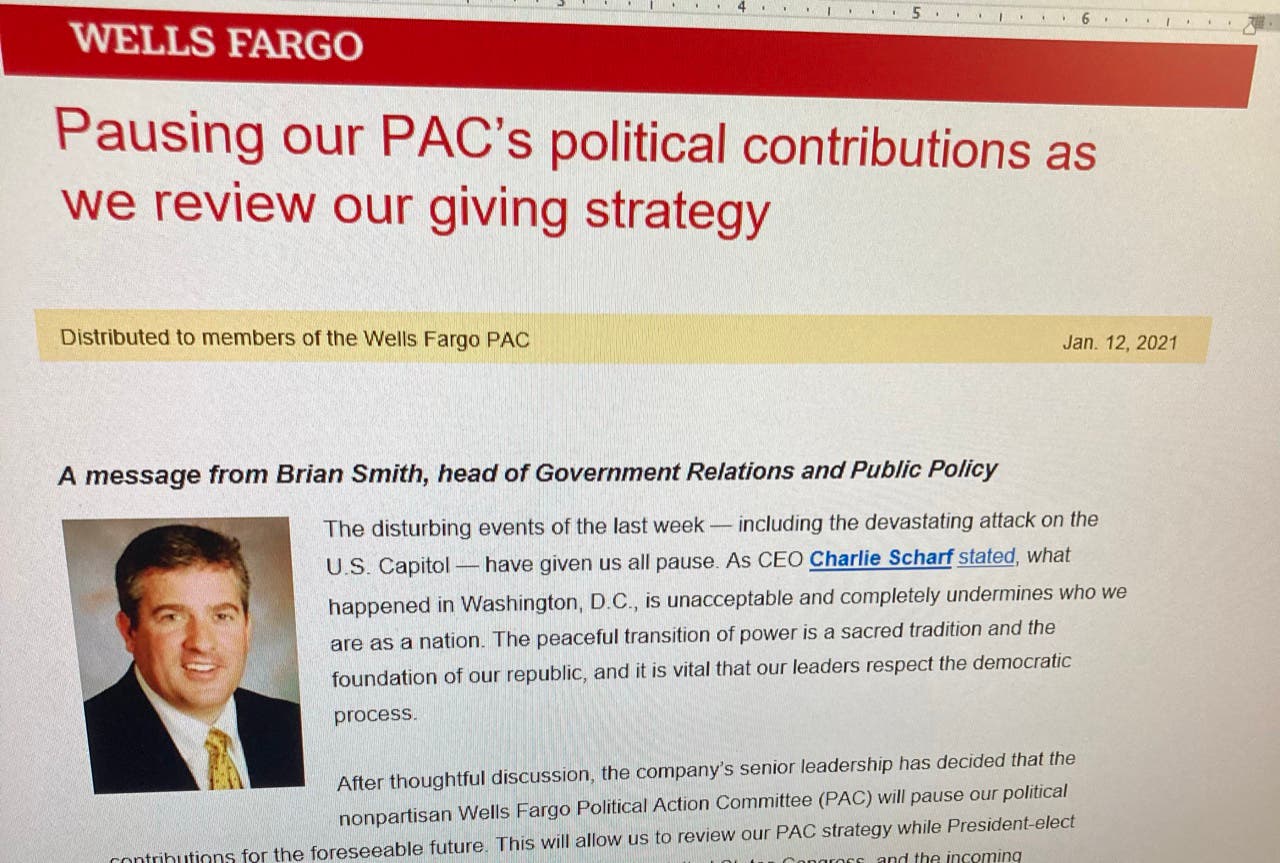 Smith stressed the importance of Wells Fargo conducting itself with the “highest standards of integrity” and the company’s commitment to “fostering diversity, equality, and inclusion. The commitment was short-lived.

Just three months after the violent attempt to overthrow the government, The Wells Fargo Political Action Committee began donating to Republican organizations and candidates committed to subverting democracy. It began with a donation of $15,000 to the National Republican Congressional Committee – a committee working to get 100 House Republicans who objected to Biden’s win reelected. By August 2021, Wells Fargo had donated almost $100,000 to 14 GOP members of Congress who had refused to certify the election results.

It appears they did take the objectors’ actions into consideration and decided that that was the way to go.

Wells Fargo has effectively going back on their word and contributed to the still active attempts by Republican politicians doing their best to subvert democracy. By law, corporate PACs are required to disclose to whom they have donated, and the company’s transparency report paints a different picture of Wells Fargo’s real commitment – and it turns out that it isn’t to diversity, inclusion, or the good of the country. Instead, according to the report’s criteria, Wells Fargo chooses politicians based on who : 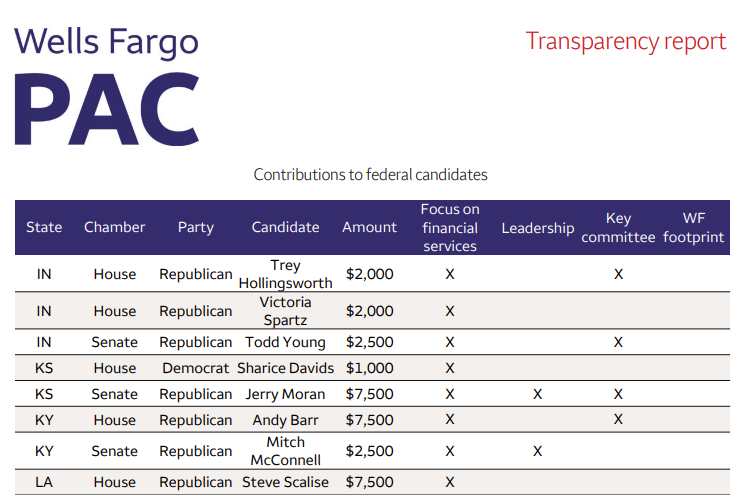 In the aftermath of the Supreme Court’s decision to overturn Roe v. Wade, Wells Fargo released a statement in support of employees seeking safe and legal reproductive healthcare, including expanding their coverage to reimburse travel expenses for those having to travel over 50 miles to get an abortion.

“We are committed to providing benefits that offer a wide variety of medical plans and programs to support you and your loved ones during moments that matter, and want to ensure you have access to quality health care, when you need it, and where you need it.”

Yet, the company’s PAC donated $20,000 to Texas’ anti-LGBTQ and anti-abortion Governor, Greg Abbott. And $25,000 to the Republican Attorney Generals Association – a group actively pushing a nationwide abortion ban.

Wells Fargo is just another example of the conflict of interest that comes with money in politics. Saying one thing, and doing another. Its PAC relies heavily on “voluntary” donations from its employees to fund its lobbying efforts, but they have no voice when it comes to how the money is spent. Meaning that without their knowledge — or consent — the employees are subsidizing their own oppression.

TRUMP’S NEXT VP? Marjorie Taylor Greene would be “honored”