The Murdoch family, the media oligarchs who own Fox News, the Wall Street Journal, The New York Post, and a host of other right-wing media properties, has officially moved on from Donald Trump — and they hope other Republicans will too.

They are now using their vast media empire to slam the delusional ex-President with scathing op-eds and editorials in the Murdoch-owned WSJ, the Post – and even on Fox Nows — apparently tired of Trump’s antics and his obsession with the 2020 election.

In an op-ed for The New York Post, former Trump ally, Piers Morgan, referred to Trump as an “aging, raging gorilla who’s become a whiny, democracy-defying bore.” He then urged his readers to “Dump Trump.”

Morgan’s op-ed came just 10 days after The New York Post’s editorial board referred to Trump as the “King Lear of Mar-a-Lago” and said that the events of January 6th were “a national shame.” The Post editorial went on to say:

“But Trump has become a prisoner of his own ego. He can’t admit his tweeting and narcissism turned off millions. He won’t stop insisting that 2020 was “stolen” even though he’s offered no proof that it’s true.” 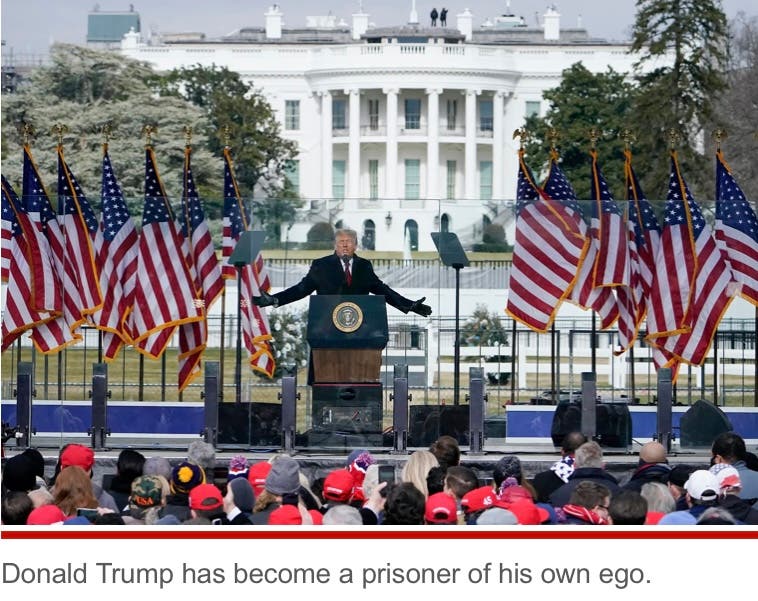 The January 6th hearings have played a major role in the about-face away from Trump. The Wall Street Journal editorial board wrote, “The person who owns January 6th is Trump. Calling Trump out on his 2020 election lies, “Mr. Trump betrayed his supporters by conning them on Jan. 6, and he is still doing it.”

WSJ’s Peggy Noonan called the Jan. 6 hearings “a powerful indictment, well-documented and undeniable.” Noonan referred to those who stormed the Capitol in Trump’s name as “stupid.” She called out Trump’s lack of patriotism and acknowledges that if he ran again in 2024 – he’d lose.

“America isn’t going to elect him again. They’re not going to let that guy back in that house. Because everyone knows it: Let Donald Trump back there and he’ll do a 1/6 again. Because while his followers love America, he doesn’t. He likes it as far as it goes, appreciates it as the stage for his greatness, but beyond that…,” Noonan wrote.

Rich Lowry at the NY Post wrote, “No other prospective 2024 candidate would have to excuse Jan. 6 and parrot the most outlandish claims about the 2020 election.”

The Murdoch exodus from Trump isn’t relegated to print. In response to Trump’s unsubstantiated stolen election claims, Fox News anchor Martha MacCallum admits the lack of proof is “stunning.” According to The Hill, saying “The lack of evidence is the huge stunning clear moment here where these people are saying, ‘Look I supported you, please give me something to work with,’ and it simply doesn’t materialize.”

Like rats on a sinking ship, more Trump loyalists are speaking out publicly in condemnation of the former guy. While it’s doubtful that Rupert Murdoch, Lachlan Murdoch, or any of their employees ever believed the “Big Lie,” the evidence and testimony revealed during the first five televised House Select Committee hearings have given them the cover they needed to finally rid themselves of Trump.

The twice-impeached ex-President has outlived his usefulness – and Murdoch is nothing, if not a shrewd businessman who knows when to cut his losses, something that his most recent soon-to-be ex-wife Jerry Hall — the former Mrs. Mick Jagger — apparently learned when she recently filed for divorce.

GOT IT! FBI agents found exactly what they were looking for in Mar-a-Lago search

TRUMP’S NEXT VP? Marjorie Taylor Greene would be “honored”