This story contains a correction.

Unofficial Customs Border Patrol challenge coins depicting a viral image of a white Customs and Border Protection (CBP) officer whipping a Haitian immigrant are circulating and being sold on e-Bay. CBP public affairs officer Luis Miranda spoke out, saying, “The images depicted on this coin are offensive, insensitive, and run counter to the core values of CBP.” He went on to say “This is not an official CBP coin,” reports the Miami Herald.

Images of the coin obtained by McClatchy, the parent company of the Miami Herald, are inscribed with the phrases “United States Border Patrol” and “Honor Will Always Be First” on one: 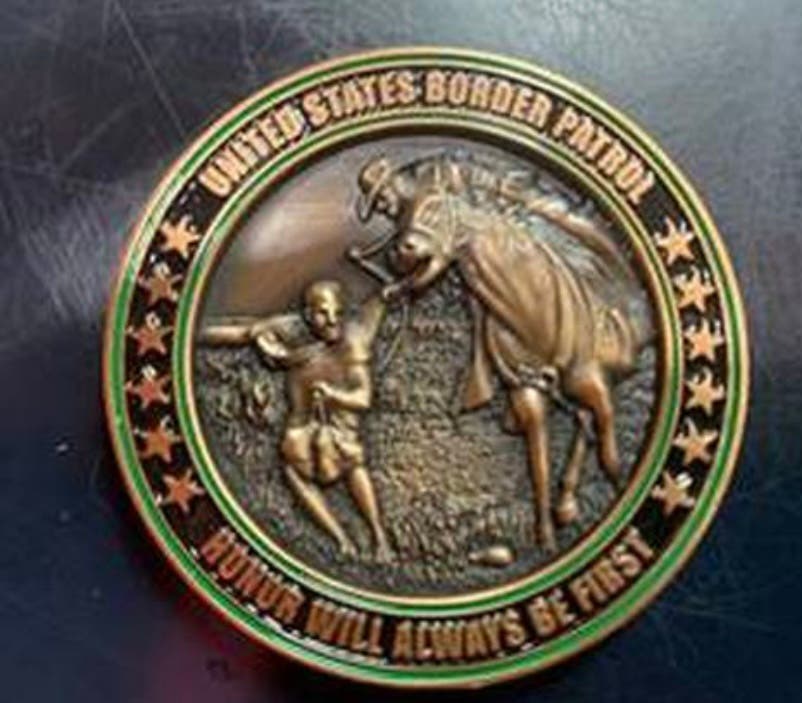 Another depicting a CBP agent on horseback has  “Reining it in since May 28, 1924” inscribed on the top, and “Yesterday’s Border Is Not Today’s Border” along the bottom. 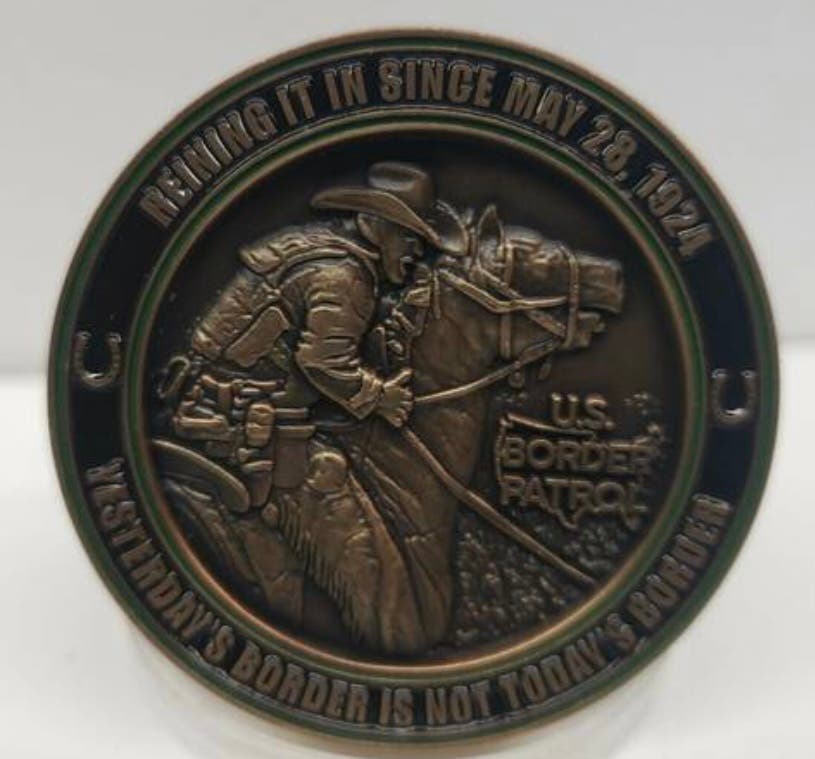 McClatchy and the Miami Herald also reported the rim of the coin has the words “You will be returned,” a phrase that could be interpreted as a warning.

After photos circulated showing CBP officers appearing to whip refugees, President Joe Biden announced an investigation into the officer’s treatment of the Haitians would be launched. The photos were extremely disturbing to many people who encountered them.

Border Patrol agents are whipping Haitian migrants at the US-Mexico border in Texas.https://t.co/9sFNCds7Ur

In September of 2021, thousands of Haitian migrants were seen crossing the Southern Texas/Mexico border at Del Rio. Images of men, women, and children bathing in the river and camped under a bridge on the U.S. side were alarming to many right-wing, anti-immigrant politicians and news media who used footage of the refugees to fearmonger about another invasion of immigrants to their audiences.

Thousands of Haitian migrants who have crossed the Rio Grande since Tuesday are sleeping outdoors under a border bridge in South Texas, creating a humanitarian emergency and a logistical challenge U.S. agents describe as unprecedented. https://t.co/XUK1OGSeHA

But even more alarming than any refugee group is the commemoration of a dehumanizing moment in American history, an event that should be repudiated, not celebrated. The Customs and Border Protection’s Office of Professional Responsibility are looking into the creation of the commemorative coins and whether any Customs Border Patrol agents are currently selling them. Forty-one of the coins have reportedly been sold on eBay so far.

Haitian-American Marleine Bastien has condemned the callous disrespect for the suffering of the Haitian people as “outrageous” and “intolerable.” Bastien called on the Biden Administration to get to the bottom of things, saying “I am calling on the Biden administration to step up and investigate this affront and to hold those responsible accountable.

While there has been no news of the supposed investigation into CBP’s original actions in 2021, hopefully, this time will be different.

As we hear about the infiltration of White supremacists and White nationalists into our country’s law enforcement groups and local and federal agencies, I hope incidents like this are relegated to being the extreme exception and not the rule.

CORRECTION: It’s been subsequently reported that the Border Patrol agents did not in fact use whips. What the photos captured were the reins of the horses’ mounts. The Department of Homeland Security’s inspector general will not be investigating the incident, but the Customs and Border Patrol’s investigation found that the agents did not act properly, despite their not having struck the migrants.

LAST STAND: Trump forced to give deposition as final appeal in NY civil case is REJECTED

GOP SCAM: Over $175 million wasted in Arizona as border wall gets torn down