Americans may have been waiting over four years for justice to catch up with Donald Trump, but New Yorkers have had a much longer waiting period from when they first may have suspected that the twice-impeached, former one-term president’s business practices were not 100% above board.

So when Manhattan District Attorney Cyrus R. Vance Jr. was revealed today by The Washington Post to have empaneled a special grand jury to determine whether to file charges against Donald Trump and/or the Trump Organization and its other executives, it was appropriate that the first steps on the road to indicting the ex-president come from his life-long hometown that he only recently abandoned for the friendlier tax and political climate of Florida.

The formation of the grand jury comes after over two years of investigation and depositions by members of the Trump family and indicates that Vance and his prosecution team believe that they have found enough evidence of criminal activity to push forward with their case.

The sheer quantity of evidence that the Manhattan D.A.’s office has gathered is hinted at by the unusually long term that the grand jury has been empowered to sit for — three days a week for six months, indicating that there is a vast quantity of material for the jurors to sift through.

While the charges that Trump and his company face stem from his pre-presidential activities, with his alleged crimes while in office left for federal prosecutors in the Biden Justice Department to determine how to address, people on social media were excited to see the formerly Teflon-like president finally be held accountable like a normal, everyday criminal.

Here is a sampling of online reactions to the news as published by The Washington Post:

Into the dustbin of history. 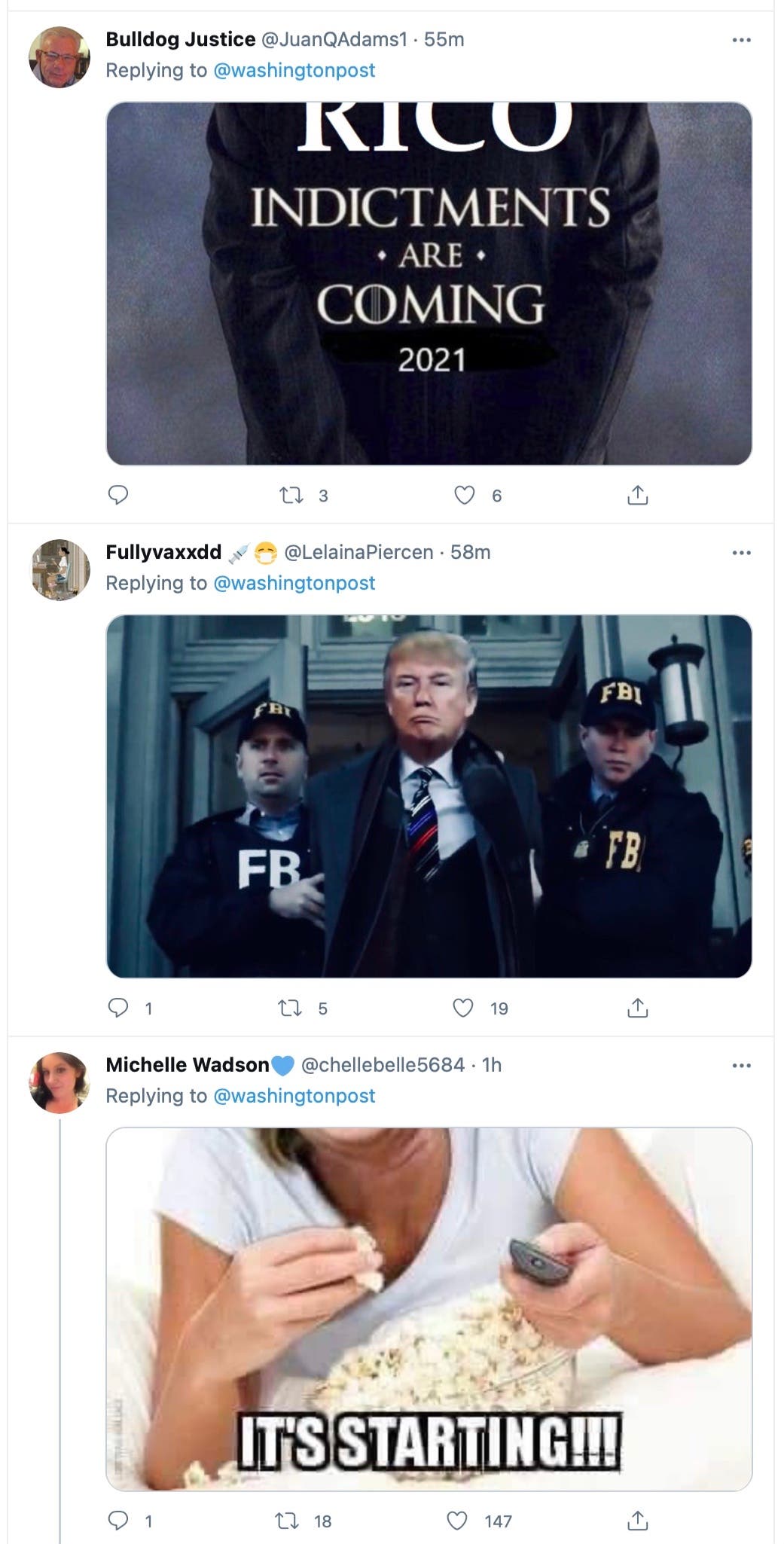 Staple it to@his forehead would be best !

No DA would ever want to put a former president through a perp-walk; he would be invited to surrender himself . . . the question, I believe, is would he comply?

Time to Capone the dude

This is in the highlight reel of stupid things that came out of his mouth. It’s easier to laugh and not groan at this stuff now that he’s not president.

Trump on a personal level and the rest of them. NY AG has the Trump Org

While the wheels of justice may not be turning quite as quickly as most of us would like, the latest development in the long-awaited criminal prosecution of Donald Trump and his family and associates at least renews some hope that any crimes committed will not go unpunished.

If only District Attorney Vance could accept volunteers to serve on the grand jury, he would likely be inundated with hordes of people eager to participate and move those wheels forward as quickly as possible.

Original reporting by Shayna Jacobs and David A. Fahrenthold at The Washington Post.