Fifty-seven senators voted to convict Donald Trump for trying to overthrow America, yet the GOP stopped short of convicting their party leader. But who was really on trial this week?

That’s what I asked on the “Aggressive Progressive Podcast” this week to The Nation’s Elie Mystal who is a frequent MSNBC contributor as a legal expert.

When I asked Elie, who was on trial; Trump, The Republican Party, or white privilege, he was quick to say it was the GOP.

“What we are seeing right now is if Republicans, who Donald Trump sent a mob to kill them, will have the courage to hold him accountable,” Elie told me.

While both of us agree that white privilege is the driving force behind the MAGA mob, Mystal still saved his sharpest criticism for Republicans who have gone along for the ride with Trump and his racist hordes.

We just witnessed the unprecedented second impeachment trial of the former President of the United States over the course of the last week.

Unfortunately, 43 shameful Republican Senators decided to hide behind a constitutional argument to acquit—which they manufactured for their own political cover—that few legal scholars found credible.

If you take Minority Leader McConnell at his word—and I would not blame you if you do not—the House Impeachment Managers made their case.

Of course, the managers did.

Led by Rep. Jamie Raskin (D-MD), the entire distinguished team impeachment managers demonstrated beyond a reasonable doubt that the disgraced ex-president tried to topple America, and he was grossly derelict of his duty while police were brutally assaulted and killed inside the Capitol.

In fact, House Managers faced only minimal resistance from Trump’s lawyers whose rambling presentations reminded me of the classic bit from Cheech and Chong entitled “Dave’s Not Here.”

Often, the disgraced ex-president’s defenders of the indefensible sounded more like a Rush Limbaugh monologue than an actual legal defense worthy of the moment.

Sadly, that’s where we are.

The patriotism of only seven Republicans in the Senate and ten in the House of Representatives shows that the GOP as a going concern may be a lost cause.

Clearly, Saturday’s vote confirms what we all expected.  Donald Trump still owns the Republican party and few inside its highest offices have the courage to take him on.

It is a party of invertebrates.

Make no mistake, the 43 Senators who voted to let Trump off the hook and keep his post-presidential office and perks just convicted their own party for their complicity in his crimes against our nation.

What happens to the 17 House and Senate Republicans who dared stand up to Donald Trump?

They likely have no home in the current GOP.

Where do they go from here?

Listen to the answers to those questions and my entire interview with Elie Mystal on Tuesday’s weekly podcast release.

Download and Subscribe to the Aggressive Progressive Podcast with Chris Hahn on the iHeart Radio App, Apple Podcast, or wherever you get your podcast. 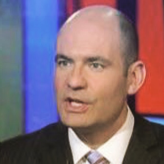 Christopher Hahn is a former aide to Senate Majority Leader, Chuck Schumer and the most aggressive Liberal commentator on Fox News. Download and Subscribe to the Aggressive Progressive Podcast with Chris Hahn on the iHeart Radio App, Apple Podcast, or wherever you get your podcast. New episode every Tuesday.