President-elect Joe Biden received kudos when he announced his press and communications team this weekend.

The reason for the praise was the fact that once his team takes over it will reportedly be the first time all of the top aides tasked with speaking on behalf of an administration and shaping its message will be women.

The current White House Press Secretary, Kayleigh McEnany, has apparently decided to continue to maintain the same hostile posture towards the incoming administration as she exhibited before the race was decided, mirroring the denialism of her boss, Donald Trump, in refusing to accept the legitimacy of the election results.

McEnany was likely so incensed by the attention that the Biden announcement of the replacement of her and her own team was getting that she took to Twitter to try to minimize the significance of the historic move.

Unfortunately for the current White House Press Secretary, her tweet was as lie-filled as just about every other pronouncement she has made on behalf of Donald Trump, as the comments on her post reveal. 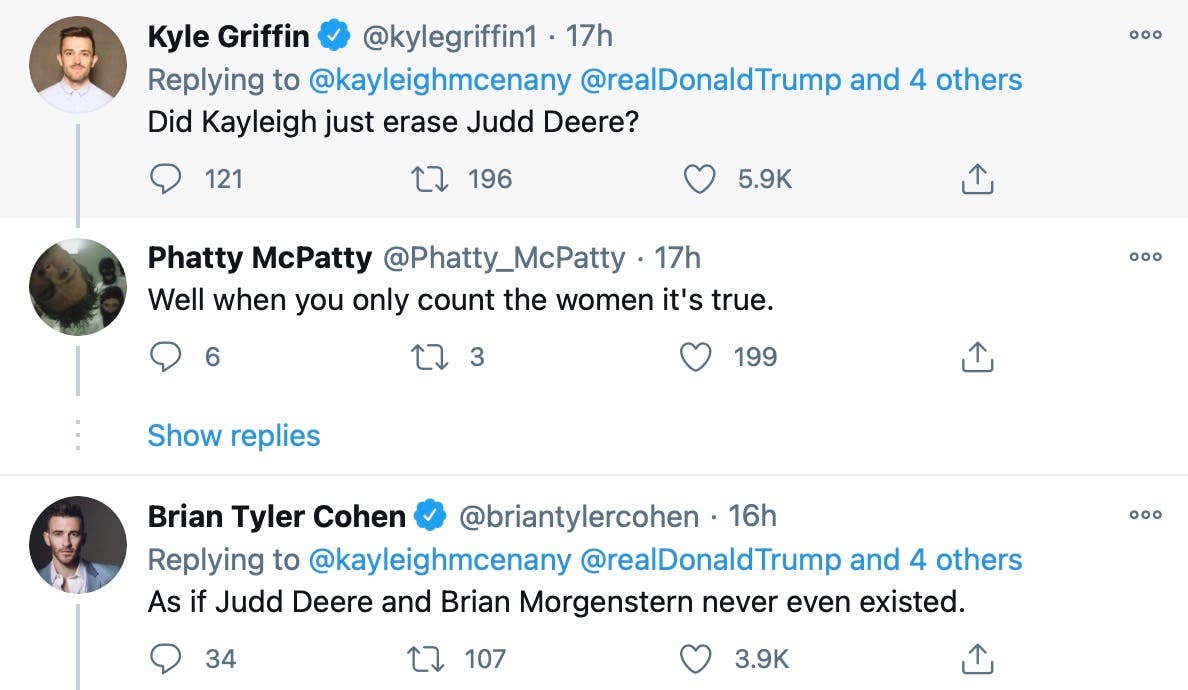 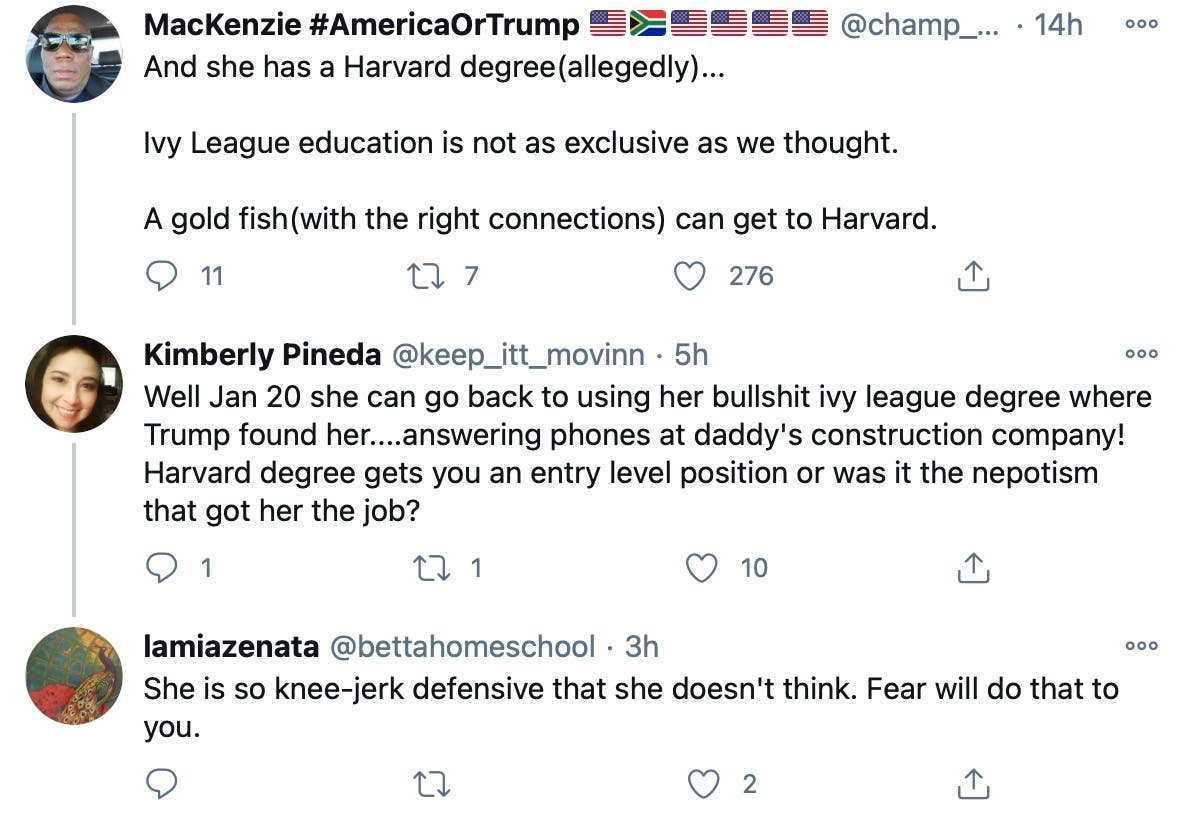 Will all questions be answered? Probably not but that's ok. We'll know when Jen is briefing what she says will be the truth. No need for her to announce she won't lie to us, we know that

It will be a refreshing change to have a White House communications staff under President Joe Biden that isn’t best known for the magnitude of their deceptions and the outrageousness of their stretching the boundaries of truth like McEnany and her predecessors as White House Press Secretaries under Trump, including Sean Spicer and Sarah Huckabee Sanders.

Kayleigh McEnany seems to want to cement her legacy as a Trump loyalist until the very end. Whether that decision will render her unemployable again remains to be seen, but there are likely many right-wing “news” outlets that would eagerly hire a pretty blond prevaricator to continue to foist deception on the American populace, as sad as that may be.

At least we only have 51 days left of this malevolent and untrustworthy regime left to endure.