It’s extremely difficult to shake the feeling that we have suddenly been transported to Bizarro World.

It’s not just that the entire globe has been transformed by the COVID-19 pandemic.

Ever since Donald J. Trump took office, however, there’s been a total reversal of values.

What was previously considered wrong and unacceptable is now commonplace.

What was formerly prosecutable is now considered credentials for a profitable career in the White House.

So it shouldn’t be surprising to read one of Donald Trump’s latest tweets where he loudly shouts that the state government in California is trying to steal an election not by purging voter rolls or closing polling places so that those few remaining ballot boxes are far away and difficult to access — as has been the case in states like Georgia, Kansas, and other states controlled by Republicans desperately trying to retain power — but by opening a physical voting booth during a pandemic after the state made sure that all its citizens would have access to mail-in ballots and be able to exercise their franchise.

So in California, the Democrats, who fought like crazy to get all mail in only ballots, and succeeded, have just opened a voting booth in the most Democrat area in the State. They are trying to steal another election. It’s all rigged out there. These votes must not count. SCAM!

The “SCAM!” in this case, is Trump’s repeated lie that the electoral process is rigged against him — like everything else in the world, apparently — presaging a bitter battle over the legitimacy of the November election results as the president seeds the ground with his noxious fertilizer of nonsensical illogic. 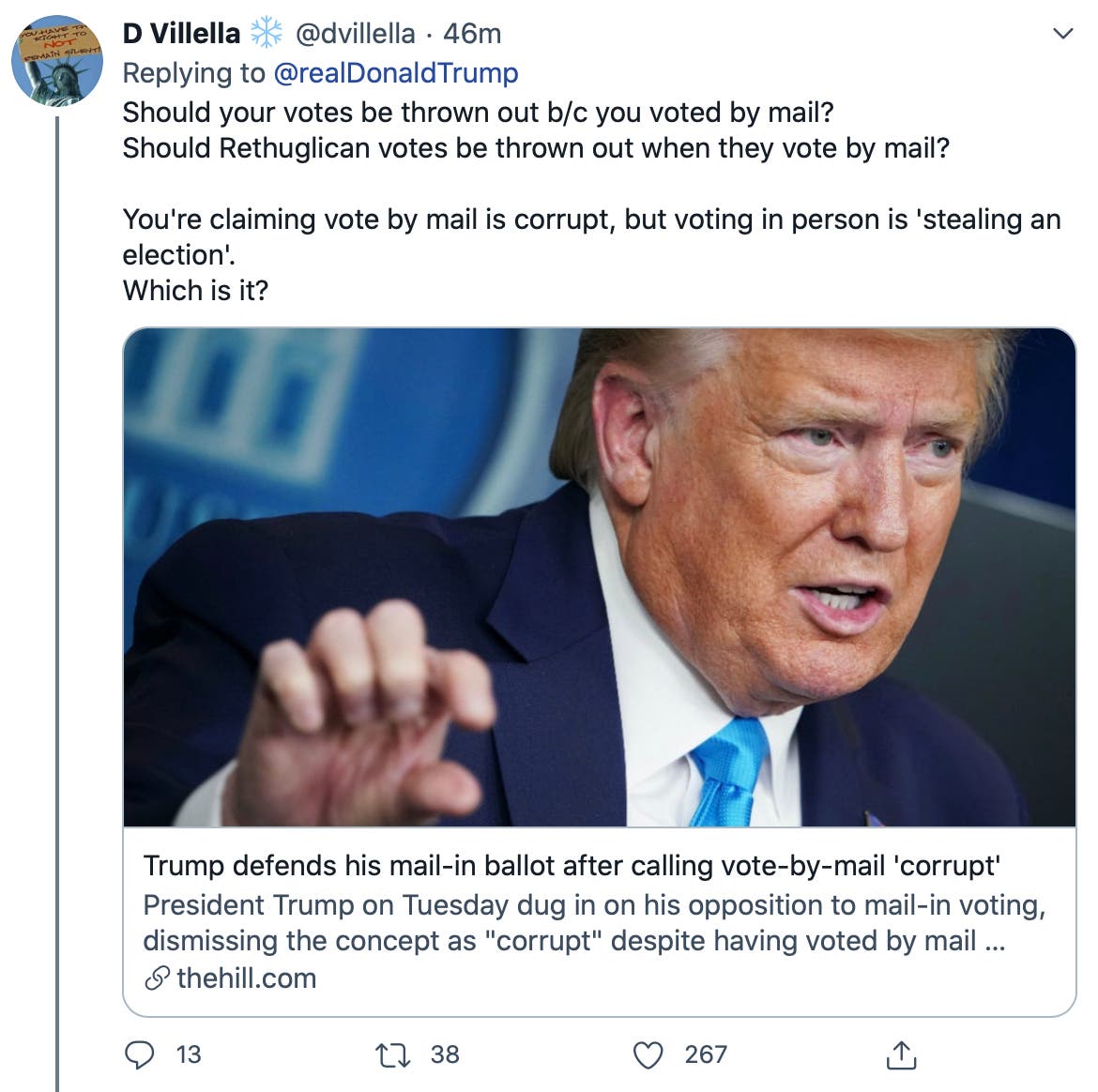 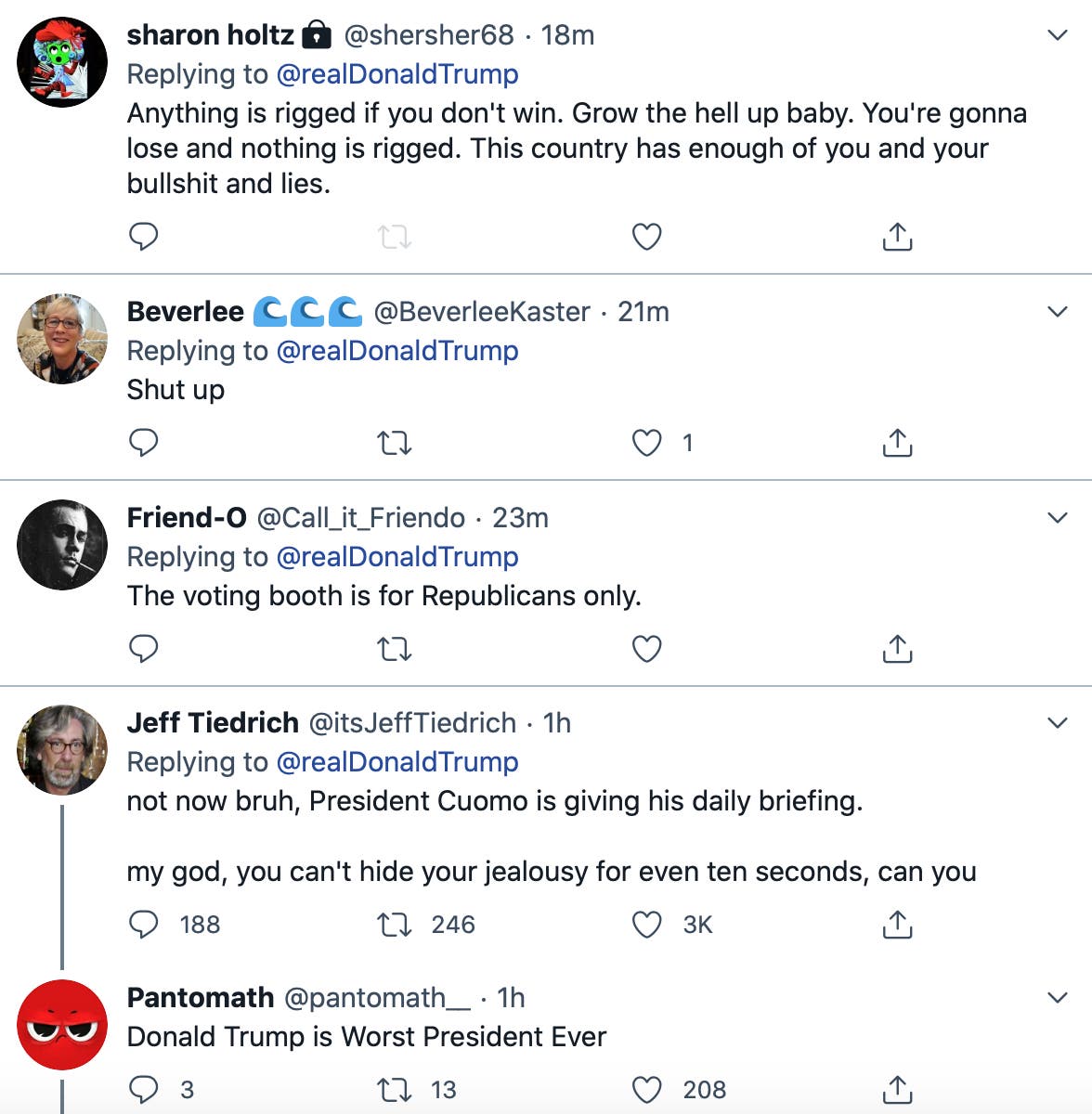 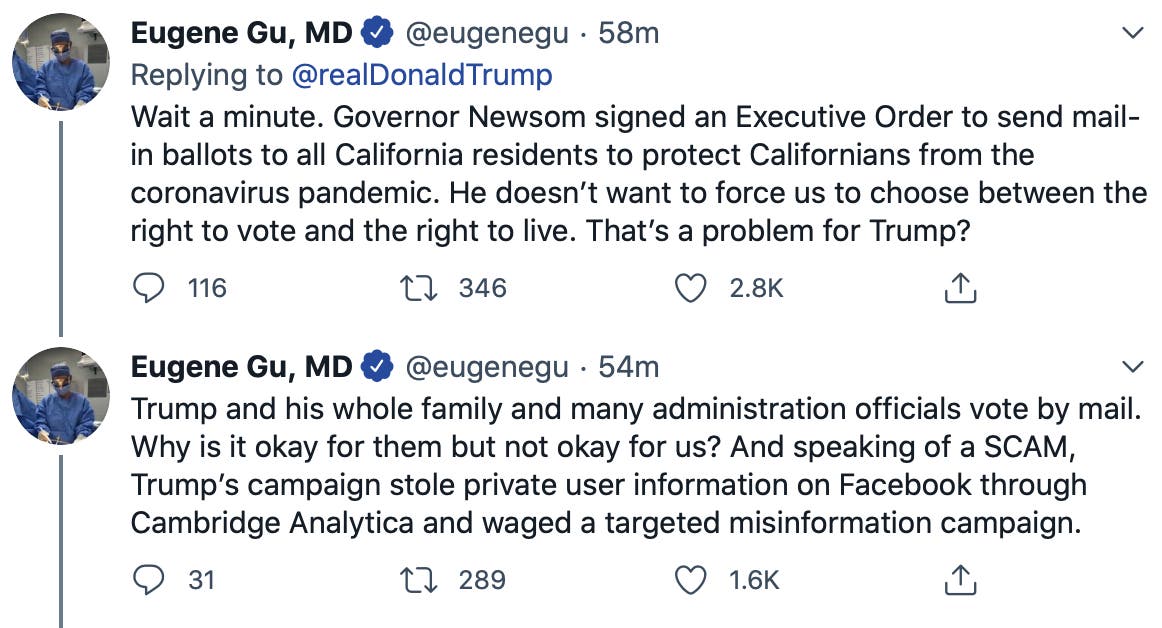 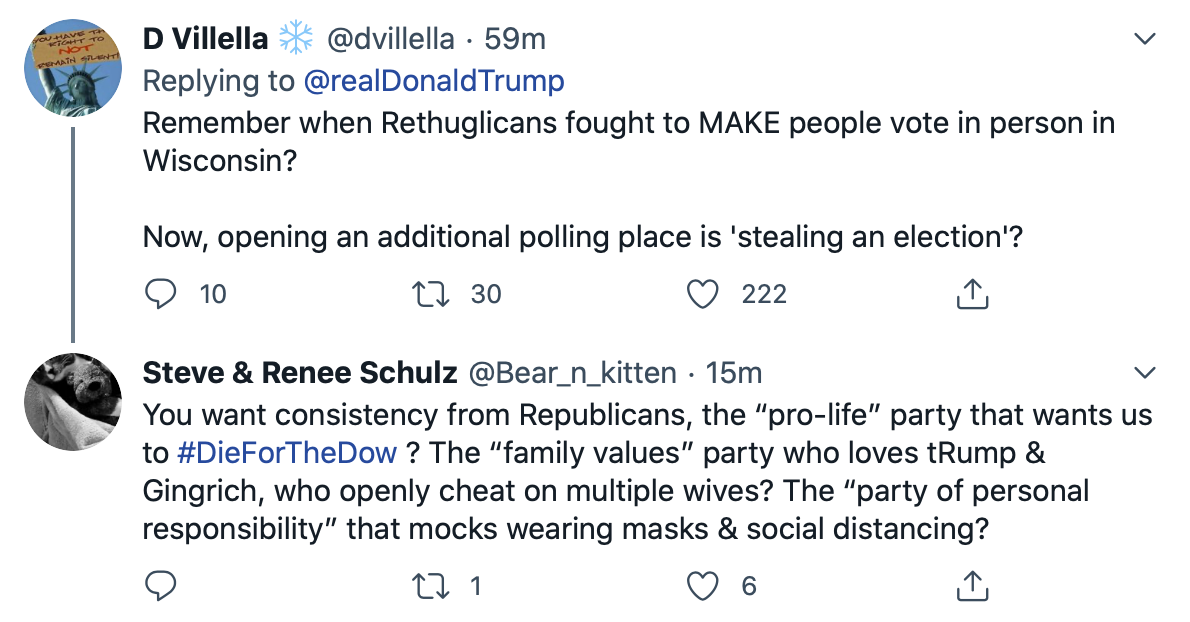 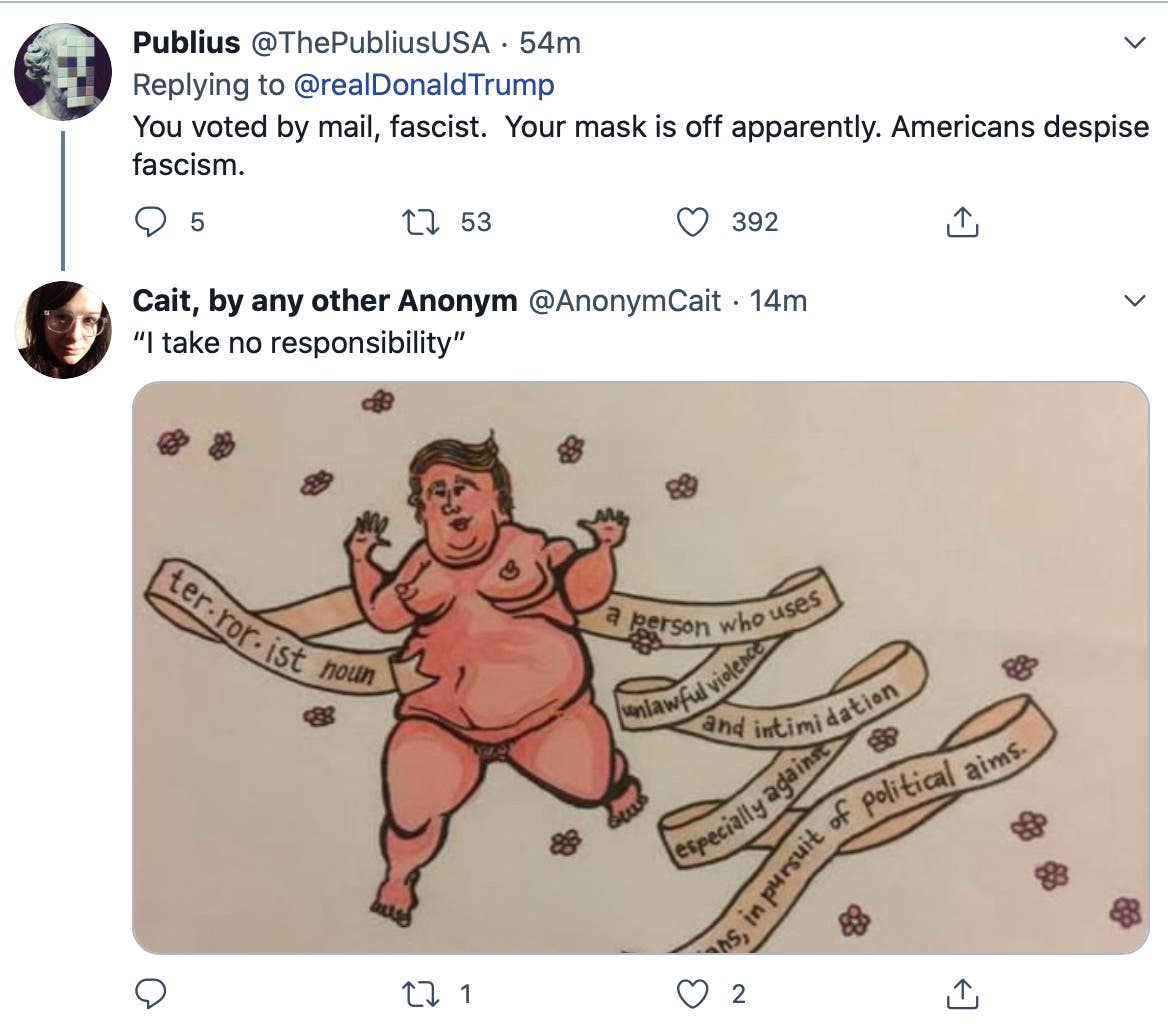 At least the social media response to Trump’s logical fallacies and disordered thinking can help us realize that the entire population has not been transported magically to Bizarro World, that legendary place in the DC Comics universe where everything is the exact opposite as it is on “normal” Earth.

It’s just the mind of one man and his followers that dwells there, and he’s desperately doing everything in his power to drag everyone with a memory of how things used to be with him into his distorted world where right is wrong and the feeble-minded are the new intelligentsia.

He must be stopped — whether Superman shows up to rescue us or not.

Trump's spokeswoman blames CNN for her past criticism of Trump's racism