The G-20 summit in Japan gave President Trump the opportunity to kick off his summer by palling around with some of his favorite authoritarian role models.

There was that cutesy moment he had with Russian strongman Vladimir Putin where they joked about the electoral interference that former President Jimmy Carter believes is the only way Trump won the 2016 election — you know, right before Trump made a joking allusion wishing he could control the press in the U.S. as effectively as Putin does in Russia where 58 journalists have been killed since 1992.

Then there was his palsy-walsy tete-a-tete with Saudi Arabian Crown Prince Mohammed Bin Salman — the man whom the CIA has accused of ordering the gruesome bone-saw live vivisection of Washington Post journalist Jamal Khashoggi — where he referred to the murderous prince as a “friend of mine.” 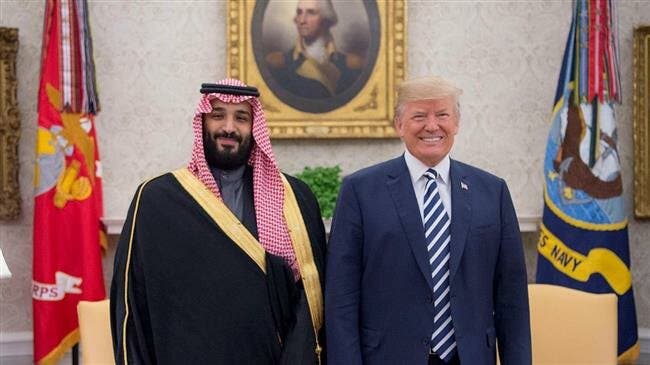 But apparently, Trump’s appetite for consorting with ruthless leaders who possess no compunction in slaughtering their citizens was not sated.

His heart was pulling him towards the one world leader willing to kill a member of his own family to eliminate any threat to his power — the man with whom he “fell in love” after reading his “beautiful letters” — North Korean Supreme Leader Kim Jong Un.

After a surprise last-minute invitation to his heartthrob to meet him at the Demilitarized Zone at the border between North and South Korea — a visit he later called “long planned” in a tweet, undermining the idea that there was a possibility that Kim would ignore the invitation — President Trump got to complete a trifecta of meetings with the most reviled totalitarian dictators on the planet.

As journalists jostled in a chaotic scramble to witness the historic reunion of the lovelorn Trump and the object of his diplomatic desire, the overzealous North Korean security detail managed to break into a scuffle with newly installed White House Press Secretary Stephanie Grisham, bruising her as she tried to assist the White House Press pool in getting into position to record the historic event.

New WH Press Secretary Stephanie Grisham got into a scuffle with the North Koreans to move members of the WH press pool into position to cover Trump and Kim, I’m told. Grisham was a bit bruised. Source called it “an all out brawl.”

Despite that initial kerfluffle, nothing could stop Trump’s encounter with his destiny.

The New York Times described the joyous moment when the two pen pals reunited for the first time since a tiff ended their last meeting prematurely at the aborted February summit in Hanoi, Vietnam.

“It is good to see you again,” an exuberant Mr. Kim told the president through an interpreter. “I never expected to meet you in this place.”

Trump had taken a big step — one that no other sitting U.S. president had ever agreed to take — stepping over a low concrete border marker to cross onto the soil of a country that America is still technically at war with to hold his beaming amigo’s hand.

“Stepping across that line was a great honor,” Mr. Trump replied. “A lot of progress has been made, a lot of friendships have been made, and this has been in particular a great friendship.”

While the date between the two leaders had been characterized in advance as a chance for a “brief handshake,” Trump and Kim couldn’t bear to part for more than an hour.

After their initial greeting, they slipped off to a private room — chaperoned by South Korean President Moon Jae-in — to catch up and repair the relationship that had grown cold after the failure to consummate it the Hanoi meeting.

Once the two simpatico leaders emerged, they announced the news that they had agreed to continue to work on their relationship — resuming formal talks between their two nations — and that President Trump had now asked his BFF to come to visit him at the White House.

One could imagine “Sweet Dreams Are Made of This” playing in the background as Kim Jong Un and Trump praised each other after their meeting.

“I don’t think this kind of surprise meeting would have happened without the excellent personal relationship between your excellency and me,” he told Mr. Trump in Freedom House, the DMZ venue for their talks.

For his part, President Trump was grateful just to not have been stood up for his last-minute date request.

“If he didn’t show up, the press was going to make me look very bad,” he said. “So you made us both look good, and I appreciate it,” he gushed.

Once the two had parted, Trump watched wistfully as his dearly beloved dictator walked off into the distance.

“Certainly, this was a great day; this was a very legendary, very historic day,” Mr. Trump jubilantly exclaimed afterward.

“It’ll be even more historic if something comes out of it,” he added with a note of pragmatic emotional self-preservation.

If only Trump could treat America’s actual allies with the respect and affection that he lauds upon youthful tyrant of North Korea.

His attraction to the most brutal of authoritarians around the globe should sound alarms among Americans who have any doubts about whether Trump is joking when he hints at ignoring the Constitution and remaining president beyond the two-term limit it specifies.

The president reveals his innermost inclinations when he’s surrounded by those whose unlimited powers he envies so.

Original reporting by Peter Baker and Michael Crowley at The New York Times.