In an appalling turn of events that really hits home how low the conservative echo chamber will stoop to defend President Donald Trump and everything that he does — and how much influence the Kingdom of Saudi Arabia wields in Washington —  the right-wing media machine has decided that instead of condemning the murder of Washington Post journalist Jamal Khashoggi, they’re going to smear him and blame him for his own death.

Yesterday, President Trump refused to condemn the alleged killing and dismemberment of Khashoggi in Saudi Arabia’s Istanbul embassy and signaled that he wasn’t willing to risk his tremendous friendship with spoiled despot Crown Prince Mohamed bin Salman over the murder of a member of the fake news media.

In response, the right-wing unveiled a disgusting smear campaign against Khashoggi this afternoon, accusing him of having been linked to terrorist organization al-Qaeda and Osama bin Laden in the late 1980s, which…somehow justifies his gruesome murder as he was trying to fill out paperwork in order to marry his Turkish wife.

I didn’t realize until yesterday that Jamal Khashoggi was the author of this notorious 1988 Arab News article of him tooling around Afghanistan with Osama bin Laden and al-Qaeda co-founder Abdullah Azzam. He’s just a democrat reformer journalist holding a RPG with jihadists. pic.twitter.com/G7xTCjwiPx

As stupid as he is malicious, the President’s son Donald Trump Jr. retweeted the disingenuous attack after the toxic mess had been enriched with some classic Trumpian anti-media hate from living Q-tip Sean Davis, the co-founder of right-wing sexual frustration and rape apologia outlet called the Federalist.

The problem with the supposedly damning scoop from Junior, Davis, and Poole is that during the 1988s, the United States was arming and training Osama bin Laden and al-Qaeda as part of their proxy war against the Soviet Union.

It wouldn’t have been weird at all for a journalist to be embedded with the mujahadeen fighting off the Soviet invasion; for perspective, here’s a picture of a U.S. politician, Rep. Charles Wilson (D-TX), “tooling around” Afghanistan: 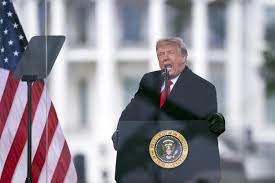 Even the Independent famously ran a glowing puff piece on the “anti-Soviet leader” who would one day orchestrate the 9/11 terrorist attacks with the suspected support of elements within the Saudi government.

This is all very common knowledge that Don Jr. and the rest of his fellow ghouls are choosing to ignore just so they can somehow pin the blame for this heinous murder on Iran and to excuse the President’s own complicity in this crime, which Khashoggi’s friends believe was encouraged by Donald Trump’s incessant war against the media.

A close friend of Washington Post columnist Jamal Khashoggi tells @Isikoff and me that Saudi Crown Prince MBS may have felt emboldened by Trump’s anti-media rhetoric. “Trump hates journalists and he would not react if we kill one journalist,” says Khaled Saffuri. https://t.co/Q207QgVXFC

It’s clear at this point that the right-wing has entirely given up on any consideration for such petty concerns like the truth or good-faith arguments, instead twisting and lying at every opportunity to force reality to adhere to their perverse worldview. We can’t let them get away with it — just as we can’t allow the Kingdom of Saudi Arabia to get away with this awful killing.