Laura Ingraham’s brother has declared war on the Fox News host, telling The Daily Beast on Wednesday that he thinks she’s a “monster” who is incapable of empathy.

Curtis Ingraham said that while he no longer keeps in contact with his sister, he felt the need to speak out now in order to restore his “own sanity” in the divisive political climate under Donald Trump.

“I think she’s a monster,” he said repeatedly.

“She’s very smart, she’s well-spoken, but her emotional heart is just kind of dead,” he added. “And you see it in her face when you see her on TV. She’s ready to destroy. She does not listen to understand — she listens to respond. And her response is always an attack.”

Mr. Ingraham has dedicated many of his recent tweets to attacking his sister for various comments that earned her criticism in the media, including when she mocked Parkland shooting survivor turned anti-gun activist David Hogg for not getting into the college he wanted and for saying LeBron James should “shut up and dribble” instead of criticizing the president.

Mr. Ingraham joined Hogg’s ensuing boycott against Laura for those comments. He also accused his sister of various past misdeeds, like mocking a black college classmate when she attended Dartmouth and how she was allegedly influenced by their late father’s alleged sympathy for Nazis.

“The reason I’m sharing these details is because of what is happening in our country,” Mr. Ingraham said. “I feel like a bit of a whistleblower in trying to unveil hypocrisy.”

Laura denied her brother’s claims in a statement.

“My siblings and I are shocked and saddened to learn of these false and hurtful online postings,” she said. “Although we’ve been estranged from him for many years, we love our brother and miss him very much.”

Here are some of his (now deleted) tweets:

As Laura Ingraham’s brother, I continue to be floored and shamed by her inflammatory remarks which serve only to harm and destroy the fabric of human decency. Is there no end?! Enough of this monstrous behavior! @davidhogg111 @FoxNews @IngrahamAngle @HuffPost #LauraIngraham

David Hogg is spot on. Bullies like my sister, Laura, only apologize in order to hold on and protect their position. As her brother, I can assure you these apologies are strategic and insincere. @davidhogg111 @SophiaTesfaye @KingJames

I wish I was only pretending to be! We have become estranged over the past ten years, but were very close at one point. There are facts and stories that need to be shared that will shine a light on her hypocrisy. @ABFalecbaldwin @davidhogg111

My sister’s racist comments date back to her freshman days at Dartmouth when she would mock her black roommate by speaking jive with her friends. Shameful! #IngrahamAngle @IngrahamAngle @davidhogg111 @Hadas_Gold https://t.co/gmQOlqnhCC

I can only apolgize for my sister’s mean-spirited remarks. We grew up with an abusive father who was a Nazi sympathizer, racist, anti-Semite and homophobe. Like father like daughter??? Shameful on all levels! Thanks for all you do to inspire others! @LeBronJames24x7

Original reporting by Maxwell Tani at the Daily Beast. 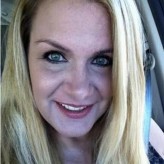