This article was written by and has been reprinted with permission from Juan Cuba, the Director of the Florida Democratic Party. It was originally published @ Medium.

The Florida legislature is poised to pass legislation right now that will allow teachers to carry firearms.

The Republican bill SPB 7026 has passed all necessary committees in both the Florida House and Senate and will be voted on the floor likely next week.

Let me be clear, the NRA Republicans have never asked us to compromise. This is a legislative hostage situation.

We need you to lift up the phone and call the phone numbers listed below, today; or there may not be a tomorrow for the gun reform movement.

After Sandy Hook, the solution proposed by the NRA was to arm teachers. It was dismissed then (as it should be now) as a crazy idea.

Even some Democrats are voting for the NRA’s terrible bill because grieving Parkland parents who lost loved ones are asking us to compromise.

We cannot argue with their grief, but we must stand our ground on this one. This isn’t about politics, it’s about making the world we live in safer.

What started in the Florida legislature as two separate bills SPB 7022 which included some of the modest gun reforms and SPB 7026 which included arming teachers was merged into one bill at the last minute.

The reason is simple.

It’s a craven and manipulative strategy led by NRA politicians to pass the Arming Teachers language.

The students who sparked the #NeverAgain movement had three central demands:

Cowardly Florida Republicans didn’t even dignify the brave and still grieving students of Parkland with a discussion on those three issues.

Instead, Republicans proposed “reforms” in this bill which have massive loopholes so obvious, revealing them publicly might even make NRA super lobbyist Marion Hammer blush, if she was capable of shame.

Reforms like “school hardening” are premised on the tragic assumption that we will continue living in a world with AR-15s and active shooter drills.

The NRA’s central demand to arm teachers, which failed after Sandy Hook, and for years after every other mass shooting, seems likely to pass.

So, whatever the NRA might be saying in public about their tepid opposition to this bill, in private, they’re popping champagne bottles.

If we let this disaster proceed without a fight, the NRA (with Trump) will use Florida, as they always do, as the model for national gun “reform,” i.e. to sell more guns.

Instead of a crazy idea, arming teachers will become part of the normal national policy debate.

Without action today, we will lose the policy debate even before the kids get a chance to march on Washington.

Other states that are more conservative than Florida will pass similar legislation, and perhaps make it mandatory for school districts instead of voluntary.

I’ve just described exactly how the gun lobby turns every defeat for school safety into a win for gun manufacturers.

Florida’s more conservative school districts are already working on how to implement the terrible idea of armed teachers.

More guns in schools is NOT the answer.

And let’s be extra clear about who this will impact most: black and brown kids who already face daily discrimination in a country that is normalizing white nationalism.

Now, not only do those parents have to have “the talk” with their kids when it comes to law enforcement, now we must ask them to be cautious around their teachers too.

If arming teachers becomes the legacy after the shooting at Marjory Stoneman Douglas, then that will be the second tragedy of Parkland.

I urge the students who sparked this movement to demand the removal of this language and if it’s not removed to demand the defeat of this bill entirely.

We must shift the debate today.

The great debate should be how we build safer communities not better armed communities.

If we fail, the next student who is murdered in a school will likely be a student of color and instead of an AR-15, it will be with a handgun. 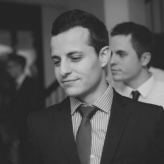 The appalling display of bigotry from the self-declared “doctor” made a mockery of medicine.

Cruz’s PAC is under fire for funneling bulk book orders through a mystery company with royalties landing back in the senator’s pocket.