In a stunning revelation, the white nationalist group “Republic of Florida” revealed to the Anti-Defamation League this morning that Parkland high school shooter Nikolas Cruz attended at least one paramilitary “training session” with the group, officially confirming that the mass murderer had ties to far-right extremist groups. 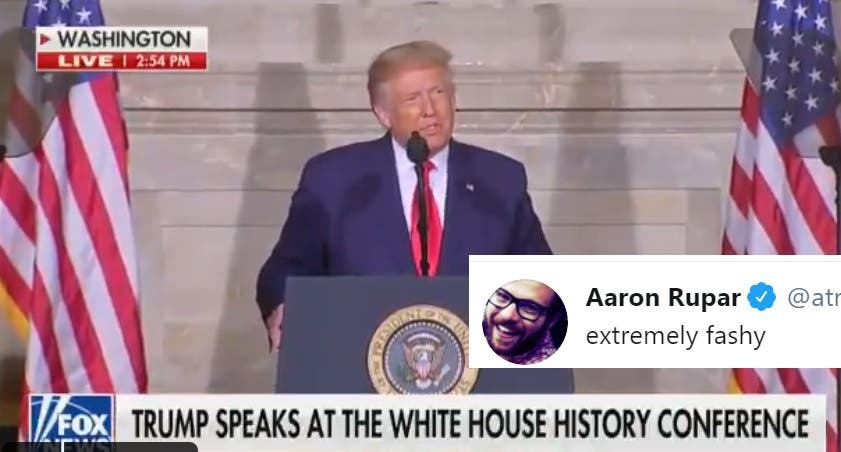 The flag of the “Republic of Florida” militia group. The symbol to the right is obviously evocative of a Nazi swastika, similar to the ones used by neo-Nazi groups like Greece’s Golden Dawn.

The group  “Republic of Florida” describes itself as a “white civil rights organization fighting for white identitarian politics” that specifically seeks to “occupy urban areas to recruit suburban young whites” in the hopes of ultimately creating a “white ethnostate” in the state of Florida.

Here are some stills from a video posted by The Republic of Florida white separatist group on Tuesday. The ROF's leader Jereb Jordan is admitting/claiming the Florida shooter Nikolas Cruz as a member. pic.twitter.com/kEN29lDtvZ

“I’m not trying to glorify it, but he was pretty efficient in what he did. He probably used that training to do what he did yesterday. Nobody I know told him to do that, he just freaked out” said Republic of Florida leader Jacob Jerub to the Daily Beast.

The election of Donald Trump, his continual use of racial dog-whistles and the systematic application of a white supremacist immigration agenda has empowered and emboldened white supremacist groups to poke their filthy heads out of the warrens in which they once hid, daring to show their faces and march in public once again.

While the President and his racist Republicans cronies constantly fearmonger about immigrants and criminal gangs like MS-13, the real threats to the American people – white supremacist conservative men – continues to be neglected and ignored by law enforcement agencies.

When President Trump took office, he ordered law enforcement to stop investigating all kinds of violent extremists and focus solely on Islamic extremism – an easy task for our law enforcement agencies, which have been infiltrated by white supremacists for years and have played a huge role in enforcing the socioeconomic disenfranchisement and instability in poor minority communities.

The deadly consequences of that decision have just made themselves clear. If Cruz had been undergoing paramilitary training with an al-Qaeda or ISIS-affiliated group, there would be wall-to-wall coverage of it.

But instead, we learned that the FBI had looked into a YouTube comment by someone named “Nikolas Cruz” that literally said “I’m going to shoot up my school” and couldn’t be bothered to follow up on it.

YouTube comment in September using Florida school shooter's name said: "Im going to be a professional school shooter." The FBI looked into it but couldn't ID who posted it. pic.twitter.com/eg2SVqnIOE

Instead, we learned from esteemed journalist Ken Klippenstein that the FBI had no records at all on the white supremacist group “Identity Ervopa,” who arranged the “Unite the Right” rally last year where an anti-fascist protestor was murdered by a white supremacist.

In response to my FOIA, FBI says has no records on Identity Evropa, a White Supremacist group that helped lead the Charlottesville rally that resulted in the death of a counter-protester. pic.twitter.com/j6JPq5HIUj

Make no mistake. The biggest threat to the American people right now are white, conservative, straight, Christian males – and our president has made a point of refusing to condemn them in the past. Murders by white supremacists doubled last year from the year before, but still, we hear not a word from either the police or our politicians, half of whom are too busy egging them on to voice any complaints for the bodies they leave in their wake.

The minority party is facing the consequences of the new reality in Washington DC.

The junior senator from Texas invented a new syndrome in his pitiful attempts to explain his selfish behavior.

The Senator keeps landing himself in hot water with his terrible decisions.